Help us create one of the most powerful short film about family relationships ! 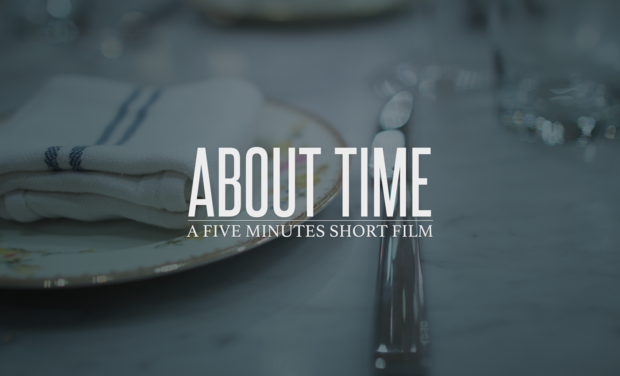 Nothing, really. But if we add to it a little tension between our characters, a pinch of irritation, a touch of sadness; then we let it stew under the innocent waiter gaze, here we discover a world with two different spin between the still active daughter and the old mother.

Marie, 21 y/o. This short film is her fourth short film. All the ones before were all self-produced. (In my father's memory, 2014, price "coup de coeur" from EICAR ; You should be flattered, 2015, nominated at Chelles's festival and Friday for cine lovers' festival; Impossible choice, Nikon Festival 2014). She likes directed difficult dialogues, film cameras and cheesecakes.

Here my last short film (english subtitles available) which had more than 35K view, two festivals selection and a lot of share :

Family history, links, complexity of sentiments are always been stories To have the story taking place in one place only allow us to focus our attention on dialogues and actors. We go deeply in the character identity. and we don't hide by loud music and great and fast editing.

The script's idea come from my mother (That she wants it or not). Few years ago, she told me about the scene at the restaurant she just saw happening. I knew from there that I wanted to tell this story.

That's a universal story, where we can identify ourselves. We can understand the character's, care about them. That's a moving piece of life, by the story we're telling but also by the afterthought which come with it.

(many more to come)

And if you want to check my great DOP's work you can go to his VIMEO !

Now I'm just inviting to check the project's news regularly to know about cast and location. Ans that should come soon !

Because I am awesome.

More seriously, here the why.

- For a good day of shoot, we need coffee, good coffee.

- The daughter and the mother are having lunch and they actually eating eat : we have to make the food.

- We don't realise enough the importance of a good costume to highlight a a character personality.

- We need to defray make up expenses.

- Sound and images : we have to rent some sound, lights, cameras to have a short film quality and to have the possibility of a real staging by the framework.

- The story takes place in a restaurant. With the need to have the restaurant for ourselves for the day, we have to pay the location.

Biggest thank you hug EVER

You are a producer ! An you get a signed script by all the crew and cast + previous rewards

You're invited on the set. And you'll have the nicest cup of coffee ever. (Greater London based) / You're invited to the french projection (Paris based) + previous rewards