Help us to publish "Artistes du Bout du Monde à Grez-sur-Loing since 1860 », book richly illustrated on the artistic heritage of the village. 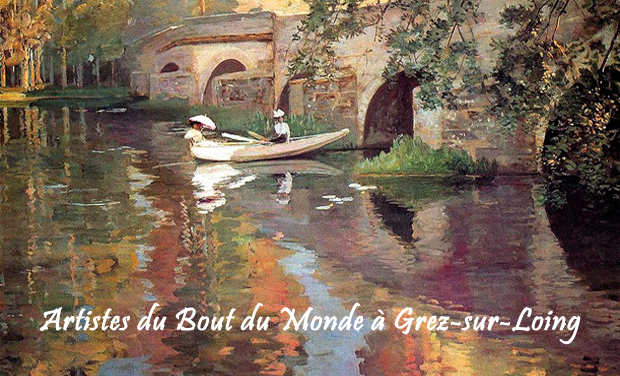 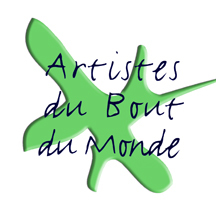 The small medieval village of Grez-sur-Loing, located 10 km south of Fontainebleau, experienced an intense artistic activity in the period between 1860 and 1974 like many other villages of Ile de France at that time.

Our Association “Artistes du Bout du Monde” has now been working for twenty years to promote this heritage.

At the time of our 20th anniversary, we are publishing a new book : « Artistes du Bout du Monde à Grez-sur-Loing since 1860 », this is why we need help.

The name of Grez is well known to art lovers in countries as diverse as the British isles, Canada, Scotland, USA, Ireland, Japan, the Scandinavian countries.

Indeed, young artists came from all over the world to study in Paris, capital of the arts from the masters who repudiated academic style.

On sunny days they escaped from the city to practise painting outdoors.

They worked in the same workshops. After one of them discovered Grez during his wanderings, the slogan “Come to Grez, come to Grez" made Grez the place to be.

Thus Grez became a popular tourist place of these young artists, often penniless, who were attracted by the proximity of the railway, the special light due to the proximity to the forest and river and a village with three medieval monuments.

They were warmly welcomed in both hostels located beside the river Loing, the Hotel Chevillon and the Hotel Beausejour, which later became Pension Laurent.

The association "Artistes du Bout du Monde " was created in 1996 to better understand this artistic heritage.

The name appealed to us because it expresses both the diversity of disciplines and the many nationalities that were represented in Grez.

In addition, the Bout du Monde (end of the world) is a somewhat mysterious site on the river Loing near to Grez which is only accessible by boat.

Over the years the association has :

- Created a network of art historians in the countries of origin of the artists. You find their signatures in our pub/ications.

- Established a data bank that gathers the names of several hundred artists with some connection to  Grez-sur-Loing.

- organized demonstrations to celebrate the rich history of our village (conferences)

Several art historians participated in the book. Moreover, the quality of reproduction of the paintings and the composition will be the same as that of the first book.

Crowdfunding will help us, the target of 5000 € being a part of our total budget which is 26 800 euros including :

The provision of free works to museums, art historians and collectors : € 2,000

In case of overtaking of the objective, the association will consider the recruitment of an accounting assistant according to the result

A 13x18 cm photograph of our village dedicated by Claire LERAY, president of the association « Artistes du Bout du Monde ».

A copy of the previous book signed by the President, sent with follow-up of La Poste

The new book (1 ex) signed by the President, sent with follow-up of La Poste

The new book (2 ex) signed by the President, sent with follow-up of La Poste

The new book (5 ex) signed by the President, sent with follow-up of La Poste

Invitation for two persons on dates proposed: visit of Grez and the Mairie-Musée + lunch in the village or nearby + a book signed by the President, sent with follow-up from the post office

Invitation for two people on dates proposed: visit Grez and the town hall + lunch in the village or nearby + dinner and overnight stay in bed and breakfast The village (French and English spoken) + a book signed by the President, sent with follow-up from La Poste.