Help create a video series pilot in French to teach English through comedy! 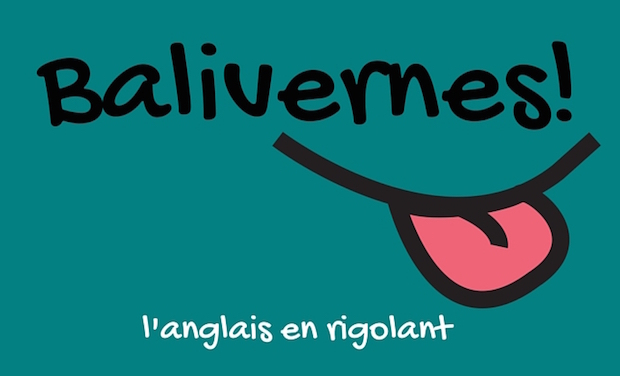 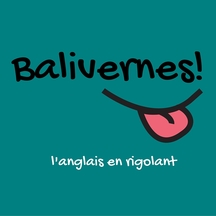 BALIVERNES! is a video project that aims to revolutionize English language education in France… through comedy!

The scriptwriter had the idea for Balivernes while teaching English to immigrants and refugees in Texas. Many immigrants had spent over 30 years in the U.S. without learning English, and as a consequence they suffered from unfair work conditions.

They hadn't had the chance to learn English earlier on because of a lack of time, money and energy. However, they still always found the time to watch television and laugh during their favorite comedy shows.

That's how comedy became a source of inspiration:

Comedy is fun to watch. And when you're learning a language you always make a lot of funny mistakes.

Why not combine the two to make a series that is both fun to watch and educational?

(Subtitles available in both English and French)

(Subtitles available in both English and French)

Amy is an American girl from New Jersey. Though a bit on the ditzy side, she came to France to study and was lucky enough to find a great deal sharing an apartment with François… but unfortunately, her French is far from perfect.

François, on the other hand, feels sure that his English will help them understand each other… if only he wasn’t completely mistaken!

Thankfully, Paulette is here to help diffuse the confusion.

A video series made up of short clips, Balivernes! uses everyday situations in a Parisian apartment to present the most common English vocabulary and grammar mistakes.

As Amy and François communicate and are met with misunderstandings in the most ridiculous of ways, things will quickly become complete balivernes (French for nonsense, or balderdash)! That's when Paulette will show up. Paulette is a bilingual character who pokes fun at her friends, breaks down their language mistakes, and provides a pedagogical aspect for the episodes.

Each episode will tackle a set of grammatical issues in line with a specific CEFR (Common European Framework of Reference for Languages) level.

The pilot episode tackles issues common at the A1 level, including: many/much, simple questions with do/does and is/are, pronunciation of vowels, and common false friends. Read more about our pedagogy.

The pilot will last between 10 and 15 minutes and will be composed of 5 sketchs, each between 2 - 3 minutes long. Each sketch contains both a fictional and a pedagogical aspect.

Balivernes! is simultaneously designed as a pedagogical support for viewers already taking language classes and as a gateway to help engage new learners in English language education by piquing their interest. Comedy helps to draw viewer attention and encourage learners to overcome their inhibitions by realizing that making mistakes is normal. It also helps learners to remember important rules and common mistakes by presenting them in a way that viewers will be sure to remember.

As this is a pilot, we held a casting and were lucky enough to find three talented actors to join our team:

Ali is an American with a degree in theatre from The New School. She has worked as a freelance actor and comedian in Paris for over 4 years. She has also taught acting both at the American Children’s Theatre and the Carrot Cake Club, both in Paris.

Florian has played many different characters in both movies and theater pieces. He has already worked both in French and English with an international crew for commercials, video clips and movies, and generally has the leading part. Many of those movies were in international film festivals, and he recently won an acting award at the 48h Film Festival for the movie "3ème étage."

Maïlis has played the main character in several short videos and traditional theatre pieces. She is an energetic and multilingual actress who speaks both English and Spanish. Her most recent performances include the nurse in “Anna” and Leonor in “Le Cid.”

All of our actors have agreed to work with us for 3 days of filming for free. However, any money raised beyond our goal will be used in part to compensate them for their work. After all, they deserve to be paid.

The faces of the organizers:

Maija Wallace is the Production Manager.

Passionate about languages and their ability to improve our world, Maija has taught English in four different countries and for over four years. She had the initial inspiration for Balivernes! while working with ESL learners in Texas. Maija completed her B.S. in International Political Economy at the University of Texas – Dallas and her M.A. in International Development at Sciences Po in Paris. She is a proud native of Eureka Springs, Arkansas.

Chris Chandler is the Director and Editor.

A passion for filmmaking has been a fundamental aspect throughout Chris’ entire Parisian life. Whether American or Taiwanese, no films escape his shrewd eyes. A filmmaking graduate of the International Film School of Paris (EICAR), Chris has participated in all kinds of projects, from video clips to tutorials. Most recently, he has worked as the editing manager for an NGO.

We will also have a make-up artist, a sound engineer and a cinematographer joining our team, along with a few extras.

We originally hoped to create this pilot on a shoestring budget and then search out funds for the continuation of the series. However, we have since learned that some things cost more than we could have imagined.

Our uncovered costs for 3 days of filming are:

(We have free access to professional grade equipment, but we need a big taxi to run them across Paris.)

If we raise additional funds, they will be used...

FIRST to compensate our 3 actors

NEXT to compensate our cinematographer

LAST to prepare for a second episode

The Production Manager and Director/Editor will not receive compensation for their work, because we love this project and want to see it succeed above all!

A BIG THANK YOU!

A BIG THANK YOU! + your name in the credits

A high quality, signed photo of the actors! + previous rewards