Born of an 2.0 encounter between Durban et Paris, BLUE GENE wants to produce his first vinyl. With your help, it would be so much better ! 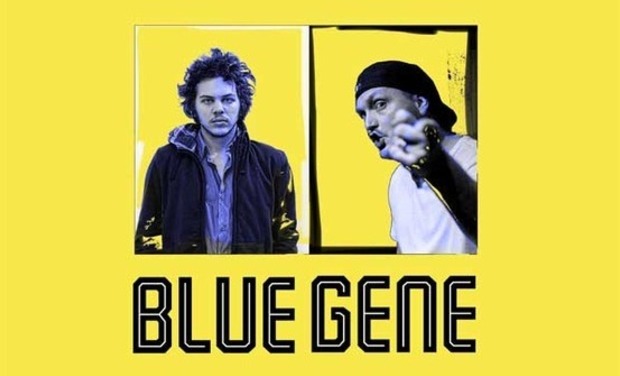 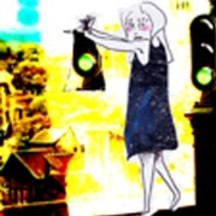 BLUE GENE was born from the collaboration between the South African poet Iain Ewok Robinson and the French composer Charles Amblard.

In early 2011, a chance meeting in Durban between the two artists brings them to initiate a unique form of  artistic exchange. What begins as a casual conversation then changes to a digital dialogue. Exceeding 9000km between them, they start to create music together. Instrumental ideas are sent from Paris to Durban, texts are sent from one hemisphere to the other. And it is to blow Skype, emails, attachments and downloads the first creations BLUE GENE emerge through recording a self-titled EP.

>> A LIVE LINE UP MADE IN SOUTH AFRICA

First, the group meets in Durban for a residence and a recording studio session at the University of KwaZulu Natal. Once the tracks in place with new musicians, they gave two concerts in Durban before going to Cape Town to start a residency at Red Bull Studio, which will be followed by two concerts.

Then, they pass through the border of Zimbabwe for the day Spoken Word Poetry of the French Alliance Harare then hit the road for a concert in Jo'burg.

At the end of this tour, BLUE GENE plays at Oppi Koppi, the biggest music festival in South Africa.

Joining the project, the photographer and videographer artist Chafei Agnes decides to follow the band to make a documentary film describing the exchange between two exceptional artists and many cultures mingle gradually as the miles go by and the borders are to create a universal language: the music.

To keep this atypical artistic project alive, Ewok will be in France in July 2013.

This third phase will bring BLUE GENE to:

- The recording of an album between April and July 2013

- A summer tour during July and August

So, today, we need you, your help, your support, your encouragement (and,why not, a little of your money!) Mainly to record and edit the vinyl will act first BLUE GENE album and, also, a lot of other things if finances allow.

He’s spat Shakespeare for school kids, Slammed Poetry for students, kicked lyrics for teachers, performed for politicians and poor people, jammed with jazz bands, traveled to other lands with nothing but a pen and pad and a can in his hands, and when he’s alone he generally talks to his damn self.

Charles loves above all create music in the service of another art, be it dance, theater, poetry and sees no limit to creation.

Since 2008, he has been part of several music groups:

- Breakfast at Phoebe's - a jazz band

- MTO group soul / hip hop as a pianist and composer, with whom he recorded an album in 2009.

In 2010, he met  Qudus Onikeku, choregrapher and dancer, and creates the music for "My exile is in my head" during a residency at 104 in Paris. This creation is played in Brazil during a tour in the fall of 2010. Winner in the contest "Danse l'Afrique Danse" in Bamako, this creation went to an african tour as well as France, Holland and England.

This collaboration between Qudus Onikeku and Charles continues in 2011 with the creation of "STILL / life", which will be scheduled at the Avignon Festival and in Mali, Japan, Congo and Slovenia.

2012 marks the first Blue Gene tour in South Africa. Simultaneously,  Charles continues to work with Qudus Onikeku for his third show "Kaddish", meets the choreographer Iffra Dia for which he created the musical universe of his creation "Emergency Exit" and also realises the soundtrack of a documentary made ​​by Jerome France.

This collection will be used for recording, mastering and pressing of the first BLUE GENE vinyl.

Basically, the costs are as follows:

And if you are even more generous than we could hope for, it would allow us to do lots of other stuff we put aside for the moment as: a big album release party, a video clip, a poster or simply to pay decently everyone during concerts and tour...

The numeric EP + All of the above

The numeric forthcoming album + All of the above

the signed CD EP + All of the above