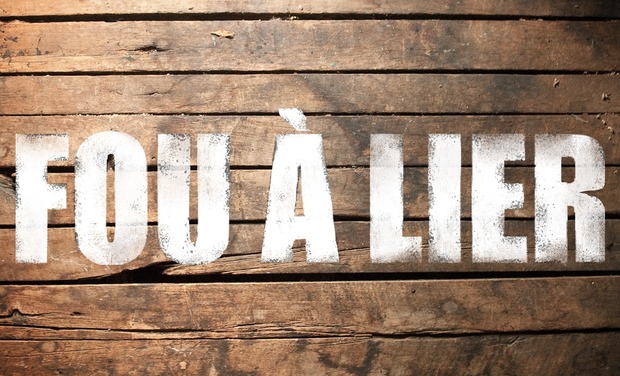 After the death of his wife, a physician named Bart becomes obsessed over scientific experiments that he conducts in a secluded cabin, and refuses to explain his odd behavior to his only son. But when one of these experiments goes awry and Bart is found unconscious by his cabin, his son decides to take matters into his own hands.

"Fou à lier" is a short film about the possibility of reconciliation between two different beings (as the story follows two characters with opposite views but who share the same loss).

This story underlines open-mindedness and imagination, all the while encouraging goodwill and kindness towards those we do not understand.

While  writing and directing his first short film "Pas Un Mot", Vincent developed a taste for directing and decided to launch this new project. He has since worked different jobs (producer, director, colorist, vfx) on commercials, corporate videos, and short films.

After working on "Spide Date"  (a short film part of the Brussels Short Film Festival 2017 under the category "Next Generation") as the director of photography and colorist, Rodolphe also worked as Assistant Camera on various short films, TV movies, shows, commercials and documentaries. In addition, he directed his first documentary "Tanguy" in 2015.

AVS Production will bring logistical and material support to this short film. The production company is run by Sébastien Boeyen and his brother Aurélien. Both of them will also be part of the film crew.

Despite beginning a scientific undergraduate course following secondary school, Aurélien eventually transferred to the SAE Institute to specialize in filmmaking. As a freelancer, he regularly works on corporate videos, advertisements, event videos, and short films as Assistant Camera or as Camera Operator.

As one of the heads of AVS Production, Sébastien already holds an extensive portfolio. He has also worked as a sound engineer on several projects, including short films, corporate videos, commercials, as well as musical recordings.

- 5% of the funds go to KissKissBankBank

If the final raised sum is above our initial goals, the extra funds will be used to pay the crew and to acquire the best equipment possible.

All of our gratitude! Thank you so much!

All previous rewards + your name in the end credits.

All previous rewards + a download of the film's original soundtrack.

All previous rewards + a private link to watch the movie online before its festival run.

All previous rewards + 2 tickets for a private screening in Brussels before the film's festival run.

All previous rewards + a copy of the script (written in French) signed by the crew.

All previous rewards + your name labeled as a partner in our end credits.

All previous rewards + an original drawing by the storyboard artist.

All previous rewards + a day on our film set.