Eugenie, a photo book that deconstructs reality to make it poetic and sensitive. 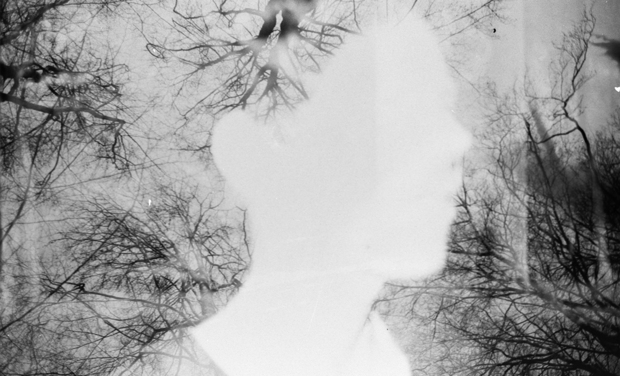 <h3>Eugenie - the book</h3> <p>In June 2015, when Eugenie learned that she had breast cancer, she asked me to do a portrait work depicting her path throughout the disease.</p> <p>JUST GOING TRUE, the text that accompanies them, was written by Eugenie during the first moments of this announcement.</p> <p>The photographs that make up this book were taken between August 2015 and September 2017. In all, 8 sessions will take us through in a poetic way the experience of Eugenie through the images of her body.</p> <p>The first session took place at her home in Antwerp in August 2015 after the operation in which the cancerous tumor was removed. The following three after the radiotherapy treatment (between September 2015 and May 2016). The 5th, 6th and 7th where made in April, May and August 2017, in the For&ecirc;t de Soignes and at my place in Brussels. The eighth session took place on the boat on which Eugenie lives today.</p> <p>All the photographs were taken with different film cameras: Rolleicord, Diana F Lomography in 120 film, Polaroid Land Camera and Polaroid 600.</p> <p>&nbsp;</p> <p>The texts of the book have been translated into English, Dutch and Spanish. The one inserted in it is in English in order to allow wide distribution outside Belgian borders. The translations will be gathered at the end of the book.</p> <p>&nbsp;</p> <p><img alt="" src="https://d3v4jsc54141g1.cloudfront.net/uploads/project_image/image/686567/d72b6d65-6bfa-4f56-a364-730b56a74dfb.jpg" width="100%" /></p> <p>&nbsp;</p> <p>The complexity of the human being, his intrinsic history, sometimes leads him to move away from his center, including his aspirations for happiness. The body, as for him, faithful to the internal states is the reflection of it.<br /> When the internal disturbance is such that the death of the soul can follow, the body regains control and opens a breach that we have the choice to explore or not.<br /> By choosing the path of exploration, it is possible to rediscover the connection to our innermost nature, one that is caring and filled with self-love.</p> <p>&nbsp;</p> <h3>Presentation of the artist&#39;s artistic approach</h3> <p>His work addresses the ecology of the self in an eco-cosmocentric approach.</p> <p>The ecological, environmental and human crisis in which we find ourselves leads M&eacute;lanie to question the very foundations of the imaginaries that cross us, what makes our identities and what defines our relationship to the world. In this approach, humans, animals, plants and the earth are no longer seen as objects but rather interacting subjects.</p> <p>That&rsquo;s why his work is about the body and space. Making them geographic subjects, metaphors for the identity that constitutes us, she explores the boundaries between inside and outside, between shadow and light. She deals with the relationship to the world and all those things that make up imaginations and identities.</p> <p>The photo acts as a trace and a memory. The camera is used as a sounding board while the photographic image appears as a poetic metaphor for reality.<br /> She approaches people and places in a reflective relationship but also through questions related to otherness, which builds the other and their relationship to the world. In doing so, she questions her own place as much as that which the Other occupies. It questions the space that inhabits and surrounds the body itself.<br /> How do landscapes and places inhabit us? How does the body introject the space in which it evolves? How do they influence each other?</p> <p>The self-portrait, the portrait, the body, the feminine, the couple, the physical and imaginary landscapes are the subjects that allow me to explore these questions.</p> <p>His work is mainly constituted by the film image. The physical aspect of the image is essential to him. Like the skin, the emulsion forms a resonant organ sensitive to light and the landscapes that are subjected to it. It is a perspective of the presence of the physical body of the image, an ode to the kingdom of the Living.</p> <p>&nbsp;</p> <p>Book features</p> <p>120 pages</p> <p>Format 12.5x25 cm</p> <p>400 copies</p> <p>UV offset printing</p> <p>Soft cover, Swiss binding with hot foil stamping.</p> <p>&nbsp;</p>

<p>The collect&nbsp;will be used to finance the graphic designing, the printing and the distribution of the book.</p> <p>In each counterpart, 5 euros will be donated entirely to the Foundation against cancer.</p> <p>&nbsp;</p> <p>For information, the kisskissbankbank commission is 8%.</p>