Help me produce my movie, LES RIVIERES (the Rivers) ! 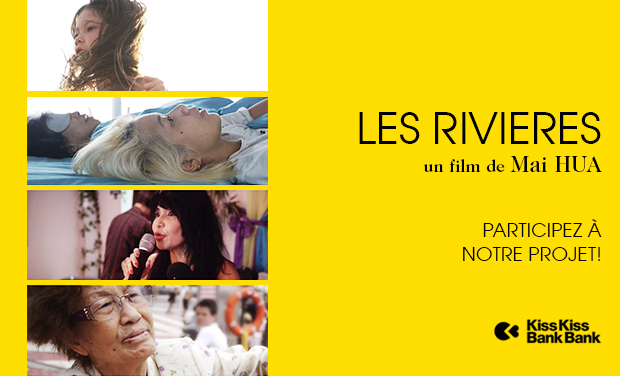 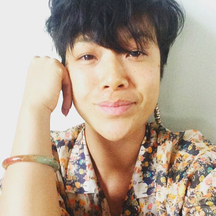 DEAR AMERICAN READERS!!!!! If the video does not work, you can it HERE . click on CC to obtain english subtitles. cheers!

my name is Mai HUA.

I am a French woman, aged 38, with vietnamese origins, single and mother of 2.

2 years ago, Marthe, my grand mother was dying.

With my mother, we brought her back from Vietnam to France to save her.

My mother is a doctor and welcomed her at her home. Within a couple of months, thanks to my mother's intensive care, my grand mother has recovered spectacularly.

But will it be enough to make her happy?

On the my side, i have a small daughter. I would like to transmit her a family story, written from mother to daughter, from generations and generations.

Since 3 years, i've kept filming us, mini-mémé, my mother, myself and my daughter, between Paris, Saigon and Tenerife.

the return - to life - of my grand mother and the presence of the camera among us, will lead us to a large variety of interrogations and transformations : This movie is a quest that is both personal and universal. it is a great family adventure.

Quadroon Franco-Vietnamese woman, born in Hue during the colonial era, as Marthe Fochard, and mother of 6 kids. Van Kiem, her husband, rebaptise her Nhat-Le the day they get married. It is the name of a river where romantic couples gather and which name signifies, Beautiful Tears. After 40 years in Paris, the couple decides to go back in Vietnam. Their health then declined dramatically. After 4 years, Marthe, who has Alzheimer disease for 12 years, seems almost dead.

She is my grand mother.

Vietnamese French woman, exiled in Paris since she is 17, and divorced mother of 3 children. Super graduated doctor, Hong Loan practices alternative medecine, acuponcture, homéopathie, but also meditation, hypnosis, nutri-therapy, and aesthetics médecine for her patients and her own family. She also collects high heels, goes to vietnamese parties where she sings. This colorful woman, who both generous and charismatic, charms and intrigues.

Hong-Loan has been in couple for 15 years, with her 3rd man, Olivier, driver, but does not leave with him.

She is my mother, she is the 5th of the 6 children of Marthe.

French woman, daughter of vietnamese immigrants, divorced mother of 2 métis children, Mai as people call her, is a blogger and film director for 5 years. She films her encounters, her journeys, her family. she "realizes" herself. Oscillating between metaphysic exploration, laughters and tears, she shares with her community, very strong emotions, that are filled with humanity and poetry. She is directing this movie.

She is me ; i am Loan's eldest daughter, and Marthe's 2nd of 10 grand-children.

Tâm is a young granco-vietnamese métis. her parents have been divorced for 4 years. With her brother Léo, she hence lives in alternent custody between their 2 flats in central Paris. Good pupil, sensitive, social, beautiful, she seems to be an ideal girl.

I have been filming my family for 3 years.

Like for the 300 videos published on my blog (http://www.maihua.fr) over the past 5 years, i film on my own. in a visceral, sensitive and imperfect manner. it is me, Mai, the mother, the woman, the daughter, the grand-daughter, the director... who looks at them, at us.

I need you to finish that project, and transform these images into a true movie.

I would like, through this singular story, that is feminine, exotic, to tell you something universal on family and the conquest of one's own history.

Marine Arrighi, ma producer, follows my blog... from the very first post! She contacted me after a text revealing my will to direct a movie (http://www.maihua.fr/2014/10/02/un-chemin-partie-2/). then followed a fruitful and trustful collaboration that leads us to you today !

APSARA FILMS is a production company for short and long movies, created in 2013.

The company aims at both making young authors to emerge, and work with more well-known directors, with the same will to promote singular looks and a new breath in each of its projects.

The images are already shot, the story is already written, but the movies does not exist yet !

Our first objective is of 15.000 €, that are necessary for us to edit the images and the sound.

Editing this movie will take time : there are more than 70 hours of images that we have to explore, encrypt,cut and assemble! it is a very long and hard work!

If we surpass this objective (we definitely hope so) we could have a complete post-production (calibration and music). And if we get more, we could invest in promotion (projections, event organisations about the movie etc.), so that the movie can be seen by more people!

We need you to produce this movie and help us tell you our story! go, gO, GooooooOOOOOOoooOOOOOOO!