HELP US REALIZING OUR PROJECT INDIE WORLD! A movie about independent music across the world with FLIGHT FACILITIES, !!!, SUMMER CAMP, NURSES 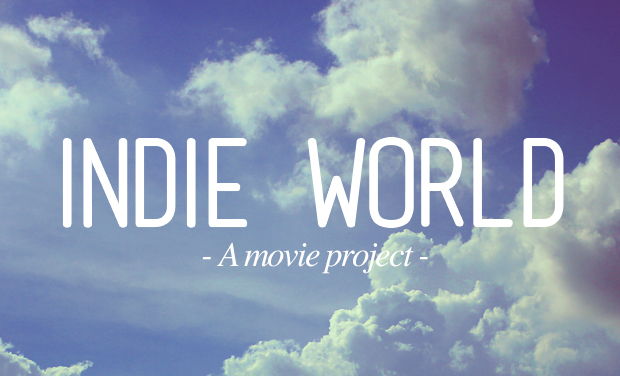 The project « INDIE WORLD »  is an incredibly ambitious project. Its aim is to realize a documentary film about indie rock movements in the world, and more specifically, in the most vital locations of indie music.

What is « indie music »? “Indie” music stands for independent music. This means that it never stems from major labels such as EMI, UNIVERSAL or WARNER, which are known for dominating both the musical production and the diffusion worldwide. The indie labels are many throughout the world. The most famous are WARP, BELLA UNION, CARPARK, ANTICON, …

The idea of the project is to follow 4 indie (rock or pop) bands through the world in order to realize a movie. One in Australia, two in USA and one more in the UK.

We must be with them daily, following their daily life, their creative process, their live performances, their ideas and their opinions. We must also interview the local music labels.

All that to give an idea about the actual musical situation through a movie graphically beautiful and performant.

In the history of music, as well as in many other fields of art, there are two movements that have always been parallel, or completely opposite in their way of creating and diffusing different pieces of art. One movement is mainstream, while the other is independent.

Countless documentaries serve as an attempt to demonstrate this duality that reigns in the musical environment, and even more so in the artistic environment. However, the majority of the completed documentaries revolve around one single band – possibly due to the presence of some charismatic figure like Mike Jagger (The Rolling Stones), « Anton Newcombe » (The Brian Jonestown Massacre), or « Liam Gallagher » (Oasis).

Other documentaries are focused on the « Sex Drug & Rock’n’Roll » aspect. Others are more focused on statistical studies, interviews of experts and musical journalists.

The project INDIE WORLD is to realize a documentary film. A documentary filmed like a movie. Graphically beautiful, and really airy in the information prospect. In this project, we will let the viewer understand the musical universe by himself throughout the movie, without showing numbers and statistics.

By listening to the bands, managers and labels tell their stories, by observing their daily life, feeling their fears, aspirations, and emotions, the viewer will better understand the current musical universe as well as obtain a more concrete idea of the bands’ lives.

Here is a video i made last year. It's about the travel i made from NYC to Rio de Janeiro by hitch hike!

"Flight Facilities" is an Australian electronic Producer duo who also performs as "Hugo & Jimmy". In 2009 they began mixing songs by other artists before crafting their own original material. The duo consists of "Hugo Gruzman" and "James Lyell": In August 2014 they announced their debut album set for release in October of that same year called 'Down to Earth' to feature some big names such as Emma Louise, Reggie watts, Bishop Nehru and Owl Eyes.

!!! or Chk Chk Chk is a dance-punk band that formed in Sacramento, California, in 1996. The band, who are commonly associated with the dance-punk movement, are currently based in New York City, Sacramento, and Portland, Oregon. The band's fifth full-length album, THR!!!ER, was released on April 29 and 30, 2013, in the UK and US, respectively.  The bans consists of "Nic Offer", "Mario Andreone", "Daniel Gorman", "Rafael Cohen", "Paul Quattrone" and "Allan Wilson".

"Summer Camp" is an indie pop duo formed in October 2009 by married couple multi-instrumentalist "Jeremy Warmsley" and vocalist "Elizabeth Sankey". They were married in 2010, shortly after the release of Ghost Train. They are currently signed to the Moshi Moshi label on which they have released both their debut EP 'Young EP' in 2010, and first full length album 'Welcome to Condale' in 2011, to mainly positive press.

"Nurses" is a Portland/Astoria OR based experimental pop duo comprised of childhood friends and collaborators "Aaron Chapman" and "John Bowers".  Nurses released the critically acclaimed albums "Apple's Acre" in 2009 and "Dracula" in 2011 with the label "Dead Oceans", touring with Stephen Malkmus and The Jicks and The Tallest Man on Earth. Their beats have been used by other artists including A$AP Rocky and TxE. They are currently splitting time between Portland and Astoria Oregon, and NYC working on a full length album.

We organized ourselves to work with one of the greatest music magazine from France, TSUGI.

5. PURPOSES OF THE PROJECT

We must, without being intrusive, follow the lives of the four bands, get to know their environment, their debuts, their inspirations, and aspirations. We will film their live performances and conduct interviews with their managers, labels and fans. Being in contact with their labels will play a vital role in the project, because we need to gather professional opinions about the current (musical) indie universe. Taking all of the above arrangements and thoughts into consideration, we are confident that we will provide a film that is not just innovative, interesting and inspirational, but also educational. It will invite people to gain more knowledge about the rock/pop phenomenon.

The camera that will be used to film is the professional Cinema BlackMagic 4K Camera, one that is capable of generating pictures of exceptional quality.

As stated earlier, this project is an ambitious one. Being well prepared and well financed is key. However, this project must also stay intuitive. Since we will follow the bands’ lives, we will need to first create a trusting relationship in order for them to feel completely liberated in front of the    camera.

Once the documentary entirely filmed, we will spread it on different media platforms and give to it an global visibility.

Why this duration? Creating a trust-worthy relationship will take time. It requires incredible social skills, our full dedication, enthusiasm and devotion. We will need to find a way to merge into their lives, so that the band members stay in the foreground and we become invisible. Although we will be filming their creative process and their live performances, we will also need to develop our own graphic universe. This is why a time period of three months with each band is an absolute minimum. The entire duration of the filming will be 12 months.

Once we return to Belgium, we will begin the editing process with a production company. Provisionally, the final cut will be finished at the end of January 2016.

The advertising process that will be implemented will be done in 4 steps.

The first step will be to create a website and start a Facebook page so we can post content regularly. Photos of band members taken during the making of the documentary, small live performances, backstage photos, extracts of interviews, and so on, are all posts likely to appear online.

The third step will be to participate to many film and documentary festivals throughout the world (SUNDANCE, SXSW etc.) in order to give a mediatic visibility for TV channels.

The fourth step will be to sell the movie to TV channels through the world, make a DVD and also by the website under a digital format.

These four steps will assure a worldwide visibility.

To realize this movie, we need 35.500 euros. It seems a lot of money, but this amount will cover all of our expenses for one year. We calculated the budget just for one person, but if we reach 55.000 euros I will be able to travel as a team with a sound taker.

d. 4000 euros for low budget renting cars during one year

e. 12000 euros for the accomodations during one year

Your name in the credits at the end of the movie.