Songs of love and revolution, from the heart of a simple southern Italian woman. Laura Guidi needs your help to fund her first full length LP. 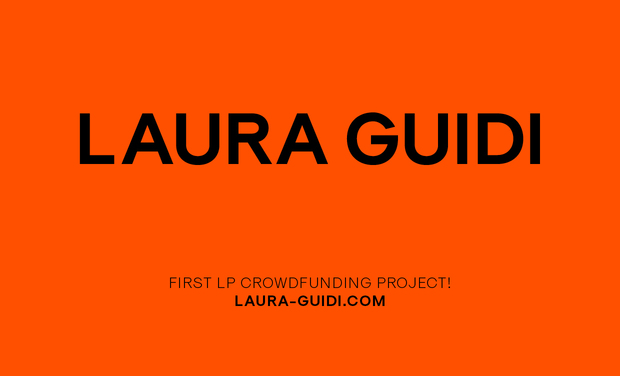 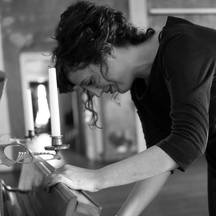 My name is Laura Guidi, I was born in the south of Italy 35 years ago and I live in Berlin. I am a musician and I am about to give birth to my first album. Over the past 7 years, I have been playing stages in every corner of the city I love. The songs I have collected over the years reflect that musical journey. Being able to record my first album properly is a longstanding mission. I need your help and investment to do it right.

I have been singing and writing songs for as long as I can remember. It has always been a pretty natural thing to me. I love to strum the guitar, I love honesty and I love passion. As you can see I love repetitions. And, probably, that's why I write songs. I love music and I am proud of my music. And I would love to be able to present it to you. But I'm going to need your support in order to make it happen.

I have spent the last few months putting together my first record. I am now very excited to present twelve songs that aim to capture the nature of my imagination, inspired by the rough streets of Berlin and my passion for rock and roll resistance.

The songs are all written and composed by myself. What are they about? About Berlin, about Tinder, about revolution. About changing things when one is tipsy. About hard times, about trying to have a good time, about us, about society. About Bowie, about outdoor symphonies, about being human and afraid. About wasting time and about Hope – my best friend.

It all started as a singer-songwriter project. We went into the recording studio in February and started to work on the album. We? Well, "we" is me and the awesome musicians I am fortunate enough to have been able to assemble to work with me on this record. They are: Matteo Tambussi on swirling guitars, Hal Strewe on thumping bass and Paolo Baltaro on beasty drums. What is now coming out is overwhelming me – my music is taking a new, very interesting and energetic direction.

The actual album recordings are top top secret until March or April – when the LP will be released. If you wanna have a little teaser of what it could be, here is a live recording of Tinderella, one of the songs on the upcoming Record.

Laura Guidi is an Italian songstress with an engaging style of acoustic rock songs, sung with rampant grace. She has been active on the Berlin scene with solo shows and collaborations with other bands and session musicians, filling venues such as Kaffee Burger, Grüner Salon, Kugelbahn, Madame Claude, Lido (as part of the Bowie Tribute Berlin) as well as taking part in numerous song slams and open mics as well as playing in the streets. In 2016 she played at the Pure and Crafted festival at Postbahnof.

I wanted to record the album mostly live in the studio on analogue old school equipment, so that what we feel when performing the music live, really is apparent on the recording. I also want to be able to pay my band and other hard working collaborators at least a little bit of money.

Furthermore, I would like to be in complete control of the production and keep the record distribution independent for now. Although I know this is a bit more expensive, I also feel that vinyl is the format that best conveys the feelings I want to express in my music.

I work with children and even though it is an important job it doesn't really pay a lot, so it is very hard for me to save money for a project like this.

And last, but not the least: you should fund it because it is really really important to me and because it is incredibly good music, and it must get out there for more people to be able to hear it.

These are the expenses so far.

2400 Euros: Payment for the musicians – 5 studio days plus rehearsals.

Any money raised above the goal will go straight into creating a music video for one of the album tracks.

All of my gratitude and a lot of love. Plus a huge big smile.

Tote bag made with love. "Lost in Berlin. Baby blue."

Tote bag made with love. "Outside. That strange symphony."

Tote bag made with love. "Love me tender. I'm on Tinder."

Album on Vinyl + tote bag (your choice of design).

A three course Italian dinner cooked with love + an acoustic gig as dessert.