Summer has been long and fruitful for our team and since we all work on various projects, it went by very fast. Thus a new lack of newsletters and delays in the incentive process. Luckily, Leucosie has been the best ally and has documented our first shooting in July perfectly. Since we just set the date of the second shooting in November (planning is so difficult and the studio is in Normandy), here is Leucosie's account :

" The day started very early in order to pick the rest of the team and drive all the way to Normandy. Once there and since we had little time, the team split into smaller groups, one half prepping the "studio" and me transforming Lucie into Charlotte Marmelade. We had so many things to do that we didn't even had the time to take a real lunch together to try Lucie's delicious vegan dishes, we took turns in the kitchen. 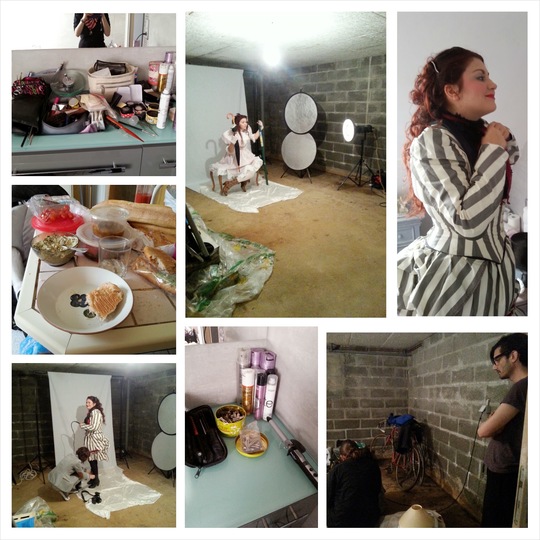 We photographed the England outfit as well as the Far-west dress, but we had to leave the Middle-East outfit aside and benefit from the fact the whole team was there to record interviews and videos for our backers. 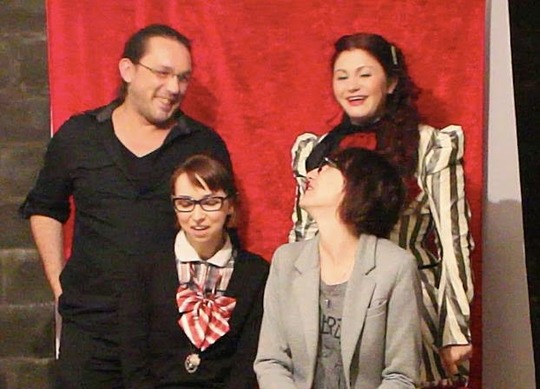 There you go, here's a little screenshot from the making-of,
up: Chimère and Lucie,
sitting : Leucosie and Sophie.
Clara (our awesome costume maker) couldn't be there as she was in Japan at the time.
After this day, I believe our team is even more welded together and motivated, we are all eager to get to the next step.
For those of you wanting to see more of this day, you can also check out, Lucie Béluga vines from this day.
Don't hesitate to leave us comments on the main page.
Vine Lucie Béluga
Official website
Leucosie's Facebook
Our team would like to thank Philippe, Éloïc and the Lacaille's family for making this epic day easier !
Tweet