Where we talk trains and lolita gowns (finally)

From this newsletter on, we will try to talk a little bit about inspiration. Indeed, since showing my dirty drafts and random excerpts would not be really interesting, I have selected for the weeks to come some of the story's most direct inspirations. Hope this will make up for the delay. Then you will get some news about the costumes (more precisely the sketches) and will finally get to see Clara's first creation.

Way before the Hogwarts Express, another train used to fuel writers imagination with its magical aura. Exotic and mysterious destinations, an extraordinary comfort, opulent was the word. This palace on rails, by merging space (inner and outer) was a melting pot for both humans and feelings. Pretty soon, it became the "imaginary" playground for murders, love stories and many adventures. 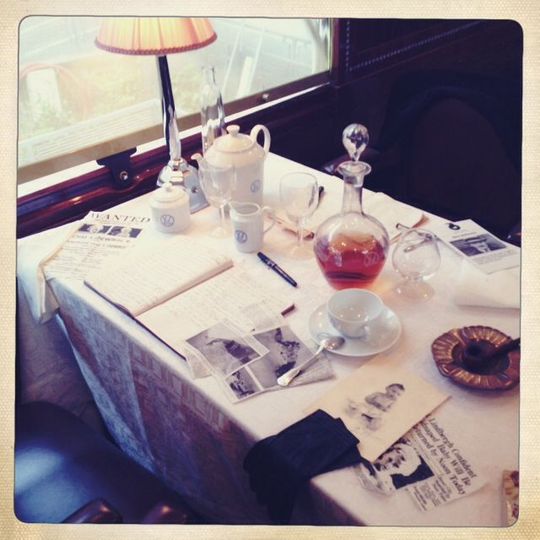 When I was little, I was much more used to planes and other magic brooms. That explains why on a heated summer, reading in a dusty attic instead of suntanning on a beach, when i discovered this train in my dear friend Agatha's universe. I fell completely and irrevocably in love with it. When I started traveling on my own, I would always chose trains and my writing was quickly on board with that decision. The clattering of the rails as a lullaby, the landscapes fluctuating along the thoughts, I have never written better than in a rolling train car. Still, I never had the chance to enter my famous crush, at best had we caught a glimpse of each other one day in la Gare de l'Est. 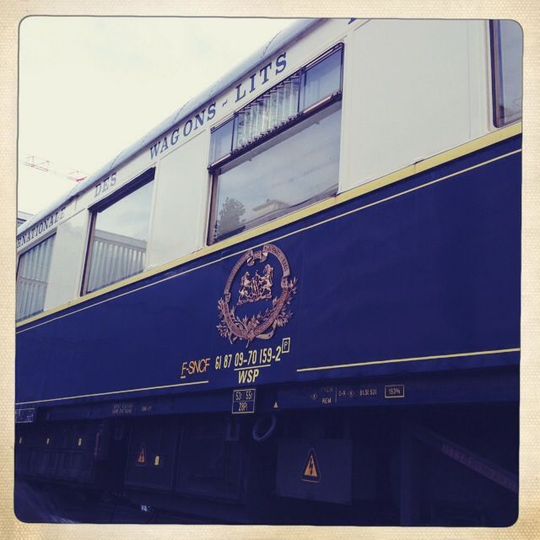 Long before the schedule of its exhibition at the l'Institut du Monde Arabe, the Orient Express had come to Chimère and my mind for one of the fragments of our Lady's voyage. So when the train appeared, opened and welcoming on Jussieu square, I could not resist : I took my little notebooks and went scribbling a few words of the novel in this unbelievable setting. Not many though because of course, guards watch out for lunatics of my type and they made sure I wasn't settling there. Enough to put some lasting glitters in my eyes and at night to run miles of texts about the clear path of the oh so dim chapter 9. 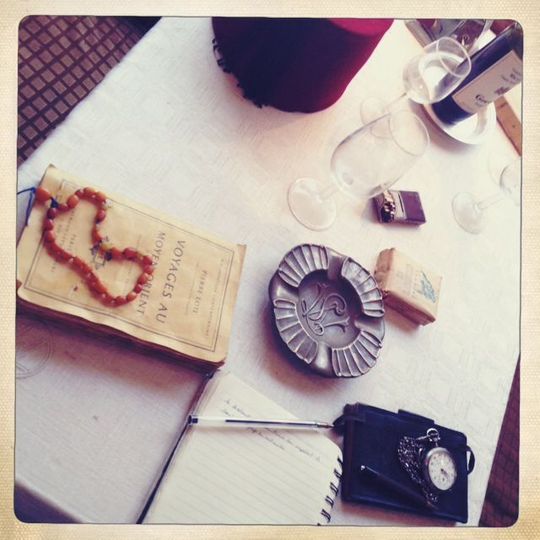 If you ever come to Paris before the end of summer, go to see this exhibition, you'll see, the Orient Express is magic and a fuel for ideas.

To know more about the Orient Express exhibition click here.

We've been criticized about the lack of pictures available so far. As a matter of fact, we do have a lot already, for instance, all the costume sketches. Still it is very complex to know what to show and when. We feel that it is only normal to show them to the people who pledged for them first. How does the sketches selection occur ? Just like the costumes, our kissbankers are contacted one by one, the person who pledged first gets first choice etc. It is a long process because we do not wish to rush our kissbankers and since Clara's pictures are to die for, they are having a pretty hard time choosing.

Leucosie has almost finished the make-up and hair sketches, she had to see Clara's sketches to be able to finish her own work. We have scheduled a meeting to check them out together in a few days.

In the meantime, it is my pleasure to present Clara's first sketch which is what Lady Marmelade wears at the beginning of the adventure. As a well-to-do family daughter, fresh and naive, she displays an outfit full of ruffles in tones of powder pink and cream, which reflect her youth and the influence of her social background on her upbringing. Very much inspired by the Lolita style, this outfit will please Clara's fans with its classical shape and the finesse of it small details (the puff sleeves pleats, the delicate bows...). 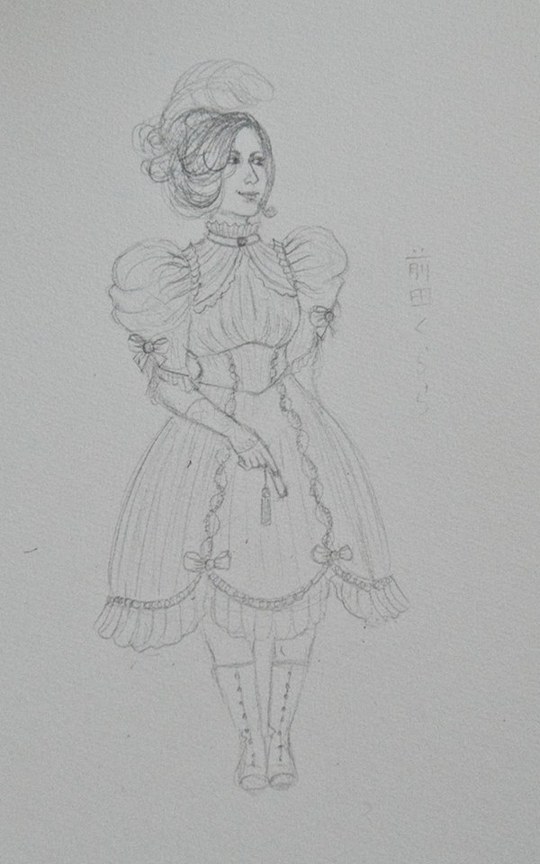 I still don't know if we should show you one sketch at a time. They all have their own universe and it seems almost barbaric to just shove them all in your face at once. Would you be interested (just for the 10 sketches) to receive more than one newsletter per week or would than be too much ? In other news, Chimere is working on a nice little website for the project, for those who do not enjoy social medias.

Anyway catch the next newsletter for more news about Lady Marmelade. (Hopefully our layout problem will have solved, I am currently recruiting house elves).