Support my journey to raising awareness to the challenges post professional sports by supporting my journey documenting my transition. 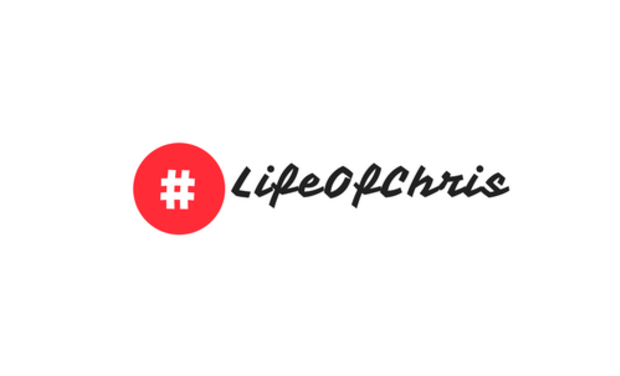 My name is Chris Seuteni a former professional rugby player from Adelaide Australia. Been playing rugby since I could pick a ball and run. It has always been a life long dream of mine to play professionally. I am glad to say that I can tick that off the box. Been doing this for 6 years. Starting straight out of school in Canberra, ACT for 3 years. Sydeny, NSW for a 1.5 years and then finding myself in France summer 2013. I am fluent in French but for this purpose I'll do my proposal in English.

November 2nd 2016 was the day I got the news that my dream and career as a professional rugby player came to an end. I was force to retire through an injury that happened in November 2015 doing what I loved during a game. It was just a tackle that went bad.

The repercussions of the injury left me to get a full knee reconstruction and have a paralyzed nerve to my foot and foot leaving me with no upward movement. 20 weeks in a rehabilitation facility working with some of the best physios and doctors meant spending time away from my family.

As players we know the risks we take when we take the field but we don't know what happens when everything stops and we're are left with nothing but memories of what the game has given us and now forced to create new opportunities. Thought's start coming to your head "I should of prepared better for life after rugby" or "I should of done this" etc.

I'm putting myself out there with putting my story on my Vlog. Life Of Chris. With my vlog i want to reach people in similar situations as I am either retired, close to retirement or just current players. The aim is to show them the ups and downs in my life post rugby and to educate people that the game doesn't last forever even if we want to but it is important to set yourself for post rugby.

I don't have a degree but what I do have is determination and drive to being able to go out there and making something of myself and create a new chapter life after rugby. I want to interview past players who have made that successful transition and give their insights and even players who haven't and open up about what they would of done differently.

Interview also successful people in general in business or life in general. Finishing a career that has been everything you've known can also raise some mental issues, depression that it's over and not knowing what to do with yourself. Forcing those people to open up and give them ideas on how to deal with "grief" of finishing and retiring and just moving forward.

I want to be able to travel and interview players and really make awareness of that life of rugby is going to finish and are you set up for it.

Would like to purchase some new videoing equipment at the moment i do everything with my iPhone 7 plus but would like a go pro (Price in link x 2) to capture some different angles. Using my iPhone has been great but adding extra angles would give my vlogs more substance. Also some mics to pick up clear sound during interviews.

To help fund some travel to meet certain players and interview them all around France. Just trying to help people make that smooth transition to life after rugby. (petrol, tolls etc)

I'd like to start at beginning of the French rugby competition (20 august) or even as soon as my campaign is finished and i will run till the end of the season June 2018. The 5000€ will last me throughout this season.

The goal is with your help to reach those that need that help with number of professional athletes committing suicide with the stress of transitioning.

The funds received will go to the bank of Chris Seuteni.

Thank you for your contribution. Will publicly thank you with a mention to my social media pages

Thank you for your contribution. Will publicly thank you with a mention to my social media pages and a signed picture.

Thank you for your contribution. Will publicly thank you with a mention to my social media pages and have a signed ball from your favorite team.

Thank you for your contribution. In return we thank you with Tickets to your favorite rugby team match in the Top 14, Premiership or Pro14 to enjoy.

Thank you for your contribution. Tell us who your favorite rugby player is and we will have him send you a personal message and tickets to their game thanking you for you contribution to our cause.