“M.o.t.s” is an educational game kit which aims to initiate children to new languages from the entire world and the cultures they’re from. 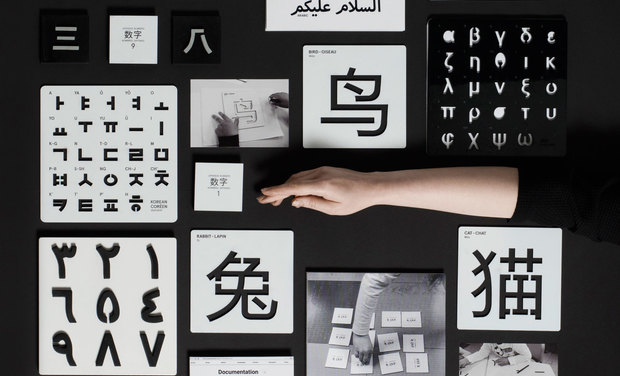 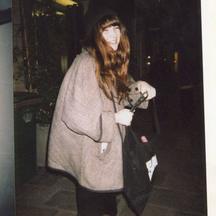 In a pluricultural and multilingual  world, children, at their earliest years, are surrounded by a multitude of languages. Yet, as the kids grow up, all those shapes and sounds lose their meaning.

That’s why “m.o.t.s” grew out of the desire of its designer to highlight the importance of those languages that are, sometimes, left behind. Moreover, “m.o.t.s” is an educational project aiming to make children aware of the variety of languages and cultures present in the world through games.

The kit is composed of a set of polyglot objects:

_A puzzle made of words and patterns.

_A record of lullabies from the children’s cultural legacy.

_An extract from the UN’s Declaration of the Children Rights (Child-Friendly language, official text).

A first arbitrary selection of tongues was made, based on statistics corresponding to the first 16 languages spoken in France next to French. The project is intended to open up to more languages and cultures to better represent the plurality of our world.

French and Dutch are part of this project since it was contextualised in a French school and presented as the designer’s diploma in the Netherlands.

Therefore, this is with your support that “m.o.t.s” will be materialised in Bobigny’s preschool Marcel Cachin and later be presented (if the diploma succeeds) during the 2016’s Dutch Design Week at the Design Academy Eindhoven (Netherlands). Therefore, this project will grow, evolve and gain experience from you, the children, the parents and the teachers. Moreover, it might even reach out to other schools and children from France or beyond.

Each and Everyone rewarded from its cultural wealth and the exchanges from one another.

Juliette Pépin is a student at the Design Academy Eindhoven, “m.o.t.s” is part of her graduation in “Man and communication”.

[The spelling of the word “bat” in Arabic on the puzzle picture is wrong. This is because of an exportation failure, yet the final design will be checked in beforehand so that it does not happen again.]

The 600 euros will be distributed among the different requirements for the final designs.

180€ will be used to rent an atelier, and the access to wood machines, tools, etc…

150€ will go to the wood purchase and laser cut.

140€ will go to the silkscreen frames, inks and paper.

30€ will go to the purchase of the records and their packaging.

50€ will go to the laser print and paper purchase.

48€ will be retained by kisskissbankbank and online banking services.

Once the project is finished and presented, it will be offered to Bobigny’s preschool Marcel Cachin.

In the case there would be more donations, they will be used to create more kits and reach out to more schools and children.

For 25 euros the funder will be rewarded with a Record of lullabies, a booklet of the UN Children's rights declaration along with my everlasting gratitude.

For 50 euros the funder will be rewarded with a slikscreen poster (signed), a Record of lullabies, a booklet of the UN Children's rights declaration along with my everlasting gratitude.

For 10 euros the funder will be rewarded with a Record of lullabies along with my everlasting gratitude.