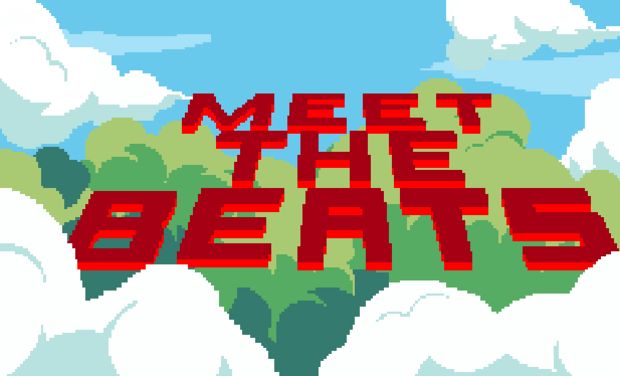 Montreal is the biggest city in Quebec. People there speak both french and english, and most of the time a mix of the two. How doesthis influence the music produced by Quebeckers?

“Meet the Beats: Montreal” is a documentary about the influence of the quebec dialect on music production. The team of Beatchronic met several musicians in Montreal and asked them to share their daily reality with us.

We focused on the way they express themselves in their music, on the relationship that they each havebetween art and money, and on the “Piu-Piu” movement of Montreal. This documentary is the first of the “Meet the Beats” series, whose purpose is to make you discover the music scene of a city through particular cultural themes.

PRESENTATION OF THE PROJECT

In ʺMeet the Beats: Montrealʺ, we culturally and musically broach a day-to-day reality, with a certain sense of humor and, more than anything else, with love...

We created the non-profit organization Beatchronic three years ago. First it was a mere Webzine made up of young and passionate music-lovers. Today we have broadened our skills and we’remaking reports on the world of music driven by one idea:

The idea for these reports came from the Bureau International Jeunesse (Internanional Youth Office). When we went there, they told us about the Quebec program which aims to encourage the youth to fly to the land of elks and poutine to carry out a project. Not once did we hesitate: we set off on this adventure in July 2013 with no idea what to expect.

We put together a team made of eight members, all experts in one particular field (see the list below).We could say that we had a great opportunity to put our skills into practice. As we were all students in different areas, we needed a real project to broaden our vision of the world.

The adventurelasted more than a year: we are now ready to publish our work and show it to the world.You will find below an overview of the documentary’s screenplay and the list of the Quebec artists interviewed.

How Quebeckersdeal with the interaction between French and English on a daily basis, through the eyes of the artists that we interviewed.

The way they express themselves through their art, how they manageto mix both languages in their works.

How artists manage to deal with the financial aspect of their passion.

A true example of coalition between several co-operatives of the underground scene in Montreal: presentation of the Piu-Piu movement.

The connections that were establishedbetween America and Europe thanks to Meet the Beats.

We had the opportunity to meet 15 artists from different backgrounds who helped us broaden our point of view on the themes broached. If it weren’t for them,the documentary wouldn’t have seen the light of day. Therefore we would like to THANK THEM ALL!

Here’s the list of the people that we interviewed during the shooting.

We now need you to support us and give us the final push that will allow our documentary to take off and reach the higher spheres of music! Meet the Beats is a project dear to our heart and we hope that we will be able to keep creating works like this thanks to you!

By supporting us, you will make Music cross the boards wrongly forced upon it. Meet the Beats aspires to unite music scenes across the world through audiovisual works beyond cultural differences.

Our main partner was the Bureau International Jeunesse, who offered us an 800 € subvention per person that paid for our travel expenses and covered other expenses in Quebec. The BIJ itself is funded by the FédérationWallonie-Burxelles. We warmly thank them for their support!

Of course, all the artists in this documentary were precious partners without whom this project wouldn’t have come into existence. We would like to thank our friends and relatives, who supported us during this adventure! And let’s not forget to thank ourselves for never losing faith in this project.  And thanks to all of you, whoever you might be, for supporting us and for being there for music.

The 3,000 €from the KKBB fund-raising will allow us to finalize the post-production:

The next Meet the Beats documentary is already on its way: if the fund-raising exceeds our expectations, we will be able to carry it out even faster! You should know that all your donations will help our dreams come true. On this purpose, the KKBB platform allows you to take part in our project by giving donations via Bancontact or credit card. Thank you all in advance for your generosity!