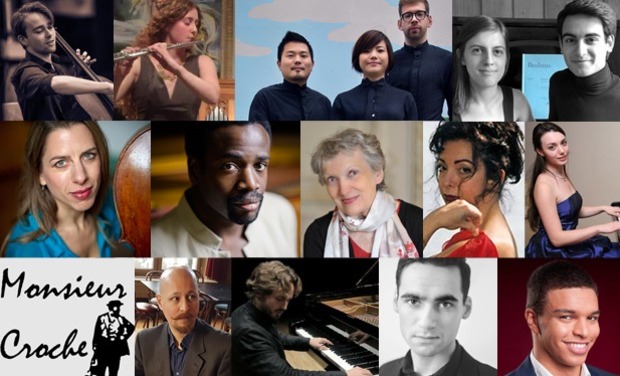 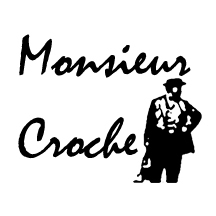 As it so happens, Monsieur Croche is Claude Debussy! Or at least Debussy's nom de plume for when he wrote music critiques. We want to celebrate his life, his music and French music from his time, as 2018 marks the 100th anniversary of his passing. We will do him homage in our own way by organising a multi-event project that will bear his name, Monsieur Croche.

Monsieur Croche’s Series of Concert & Masterclasses has an easy concept: we will organise 4 concerts, each focusing on one influential French composer from the 19th and 20th centuries, each taking place in a unique location in Antwerp. And on top of that there will be 4 masterclasses.

Influenced by Wagner but also by the Parisian tradition of Chopin and Liszt, Fauré wrote music that can be seen as a transition from the late German Romanticism of Brahms to the French Impressionism of Debussy. He composed song cycles based on lyrics written by Jean de La Ville de Mirmont, Victor Hugo, Paul Verlaine and more.

Sodi Braide (piano, UK/France) is one of the performers for this concert and he will be giving the masterclass. He is a British-Nigerian cosmopolitan pianist and won prices in some of the most prestigious competitions such as Leeds (UK) and Van Cliburn (USA). He currently works as an assistant professor at the École normale de musique de Paris-Alfred Cortot.

The concert will take place at De Zwarte Panter in Antwerp, the oldest - still running - art gallery in Flanders, located in a 14th century building.

In this concert, we will present some of the Debussy's most popular pieces as well as some of his late and intriguing pieces. For instance, Debussy's preludes for piano are perhaps his most imaginative pieces and are considered to be the ultimate representations of his style and development as a composer.

Françoise Thinat and Antonio Galera Lopez will perform at the concert and each of them will be giving a masterclass. Françoise Thinat is an internationally acclaimed French pianist. She is a winner of numerous prizes, a professor at the École normale de musique de Paris-Alfred Cortot and the president of the Orleans international piano competition.

Antonio Galera Lopez is one of the most promising young performers in Spanish musical circles. He is a prize-winner of several competitions and graduated with diplôme de concertiste, the highest degree awarded by the École normale de musique de Paris-Alfred Cortot.

The Maagdenhuismuseum will host this concert. Set in a building that dates back to the 16th-17th century and which used to be an orphanage for girls, it now hosts the art collection of Antwerp’s Public Centre for Social Welfare (OCMW).

Ravel was perhaps the only composer in Debussy's time to write in the same style (which we now call impressionistic). They both lived in Paris, belonged to the same circles and knew each other’s music. Ravel was known for his virtuosic piano writing and imaginative inspirations, which will be combined with Gallery Valerie Traan’s philosophy through literature, poetry and visual arts.

The masterclass will be given by Eliane Rodrigues who will also perform in the concert. She is a renowned Brazilian-Belgian concert pianist. A laureate of Queen Elisabeth competition in Brussels, she is a key figure in the Swiss “Música Romântica” festival and a piano professor at the Royal Conservatoire of Antwerp.

For this concert, Monsieur Croche will be received by the Gallery Valerie Traan, an art gallery for objects, subjects and themes. The gallery often balances on the dividing line between design, art and architecture.

Poulenc discovered Debussy’s music when he was eight years old and was fascinated by its originality. Influenced by the great tradition of French composers, Poulenc’s music has two sides: lighthearted and joyful; serious and expressive. We feel his music is best expressed in his chamber music pieces, since his use of multiple instruments makes it easier to introduce his often varying aspects and characters.

Monsieur Croche’s final concert will be presented at Sint Joriskerk, one of the most beautiful Roman Catholic churches in Antwerp, which dates back to the 14th century.

Each of the four concerts will be narrated by musician, performer and linguist Sam Verlinden.

During the 4 masterclasses, young pianists will be able to play in front of audience, providing them with an experience of live performance. Afterwards the artist/professor will give them a lesson in public and work with them on the performance of the piece. The main goal of the lesson is to communicate with the students on interpretative ideas, improve their playing technique and inspire them. During the masterclasses, the audience is in fact attending a lesson as “passive participants”.

How are these masterclasses different?

The students don't pay! Monsieur Croche believes that young musicians should be given an opportunity to develop their talent based on their motivation, ambition and hard work and not based on their financial abilities. We are doing our utmost best to fund our project through different channels such as ticket sales, fundraising events and yes – crowdfunding (that's where you enter the picture!)

Tal Walker is a concert pianist from Israel who performs internationally. He graduated with a master from the Royal Conservatoire of Antwerp with high distinction and continues to study at the Ecole Normale de Musique de Paris – Alfred Cortot. He recently won the 3rd prize winner at the Osaka international music competition (Japan), and has been selected as artist in residency for Villa Lena in Toscany (Italy). Tal is Monsieur Croche’s artistic director and, lucky for us, he will perform in all of the concerts.

Gabriel Nahoum is a performing arts aficionado who works in technical production in the theatrical venue Les Halles de Schaerbeek (Brussels) and collaborates regularly with the performing arts company Loop-s (Belgium). He holds masters in Arts & Heritage (Maastricht University, Netherlands) and in Management (Edhec Business School, France). He has worked for various organisations such as Lille’s European Film Festival (France) and the Fashionclash Festival (Netherlands). Gabriel is Monsieur Croche’s producer and, as such, crunched all the numbers!

Tickets to Monsieur Croche’s concerts will be reasonably priced, and participation to the masterclasses will be free for the students and for the audience. That’s why we’re asking for your support!

We'll send you an e-mail to thank you for your participation!

Previous rewards + 1 ticket for one of the concerts. (The ticket can be replaced by a digital album by one of the programmed artists if you cannot attend a concert.)

Previous rewards + a second Monsieur Croche thank-you pack + 2 drink vouchers + 1 thank-you video. (The ticket and drink vouchers can be replaced by a recording of a piano piece played by Tal Walker for you.)

Previous rewards + 1 CD signed by one of the programmed artists.

A thank-you e-mail + 2 Monsieur Croche thank-you packs + 2 concert tickets + 4 drink vouchers + a personalised video of a musical piece played for you by one of the programmed artists + your name will appear on the concerts programme.

A thank-you e-mail + 3 Monsieur Croche thank-you packs + 4 concert tickets + 8 drink vouchers + a personalised video of a musical piece played for you by one of the programmed artists + your name will appear on the concerts programme + a piano lesson by one of the programmed artists (location, date and teacher to be determined according to availability, also possible by videoconference; feel free to contact us before you donate).

A thank-you e-mail + 3 Monsieur Croche thank-you packs + 4 concert tickets + 8 drink vouchers + a personalised video of 2 musical pieces played for you by one of the programmed artists + your name will appear on the concerts programme + we will publicly thank you during the concerts + 2 piano lessons by one of the programmed artists (location, date and teacher to be determined according to availability, also possible by videoconference; feel free to contact us before you donate).

A thank-you e-mail + 4 Monsieur Croche thank-you packs + 8 concert tickets + 16 drink vouchers + a personalised video of 2 musical pieces played for you by one of the programmed artists + your name will appear on the concerts programme + we will publicly thank you during the concerts + a private concert by one of the programmed artists (location, date and artist to be determined according to availability; feel free to contact us before you donate).