We have begun a story with our first music video and we need Your help to have it continued. Three music videos in form of a short film by N.H.B. 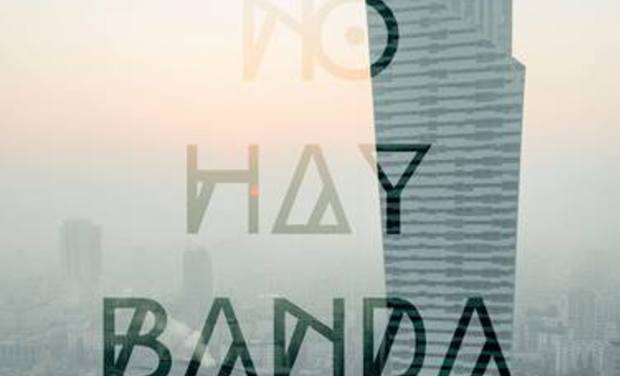 The Alternative Rnb/Indie Rock band N.H.B. is composed of vocalist and composer Đorđe Ivanović and of guitarist Adrian Gallardo Simon and this is a story of how cultural studies met engineering, how alternative rock and soulful rnb met Spanish flamenco, and how Serbia met Spain in Warsaw on our programs of study.

We were living in the Erasmus House with more than 30 other students who likewise became our family and as fast as our jamming from the kitchen to our living room gave musical outcome to our studies - we were making our own songs for our friends and a sprinted fashion for the evenings we had together.

We were privileged to meet many good people to have released our very first single on the 2nd of February.

Our music video was released on Youtube and our single is now available at more than 30 of the world-renown music sharing platforms.

A producer in Warsaw helped us to record our demo, a music producer in Belgrade helped us to record our now official edition, the student emeritus, Miss Lulu Zubczynska of the most cooperative Warsaw Film School helped us shoot our first professional music video with the support of her film crew. We all have begun a story with this first music video of ours and we would like to ask for Your help to have it continued.

Too much is better than enough

We here provide you with our first single to serve as the pilot chapter for the greater project that we have in mind. Our friend whom we like to quote as much as he would rather stay anonymous to this regard - called it: "The soundtrack of my Erasmus."

That is how we feel about it too and should you do us that great pleasure of liking our music and video as much as we do - with the same music producer and our film crew we would like to create three more music videos, each of them being a chapter of a short film continuing the story we have begun by shooting our first video with Miss Lulu Zubczynska.

We would begin working on our project during the second week of June and release our film on the 1st of October, 2017 on our official Youtube channel NHB TV and digitally distribute our 4 songs together as an EP edition in the world-known music stores such as itunes, Spotify, Deezer, and other.

After careful consultation with our music producer and our director, we know that the requisites for a project of this volume would be:

- the camera hardware and equipment (450)

The estimated sum of which would combine a budget of 6,000 euros, the receiver of which would be our dashing Polish manager - Karolina Adamczuk - without whom we would not have met. With this budget, we would have: three days to shoot our videos and 12 days to record our songs and the value we would get, with the help we would receive in refining every aspect of our project before the release, would by most definitely exceed the price. Should our campaign be finally outbalanced by numerous kindness, the surplus we would carefully invest into a Google & Facebook campaign of advertising our music and video right after the release.

We fell in love with our friends and our melancholic interest in Warsaw as the city of our common past is a beautiful mark we now do not want our memory to wear off.

Adrian is from Spain, I myself am from Serbia. Our cover photo is also of Warsaw, taken by Mr. Phuong Truong, our photographer, our friend and flatmate from Vietnam. Our logo was designed by our German friend. Our video was directed by a Polish artist. Actors, extras, from Bogota to Istanbul have joined our side to make this project happen and with Your help, our project would have the practical independence in making decisions on how to approach this project from beginning to the final stage.

We believe that our project has a popular potential in art that Your support will decide, if the choices we will make for the sake of art - will be allowed to have the reach of commercial magnitude.

In times of a global divide we believe that our story is a decisive contrast of multicultural teamwork of people finding their way to emotionally express themselves together in memorable exchanges while lending precious things from one culture to another.

The two of us have made our first eight songs in Warsaw before Adrian had to return to Spain, and the most symbolic gift that I bear of this man is his classical guitar, signed on the day he left:

This is my brother and our music is our opportunity to reunite our memories and let our listeners relive our past by our means for art. We believe that we can make something great together as a band. We hope that you will like our song and picture as much as we do!