A Feature Made By The Youth For The Youth 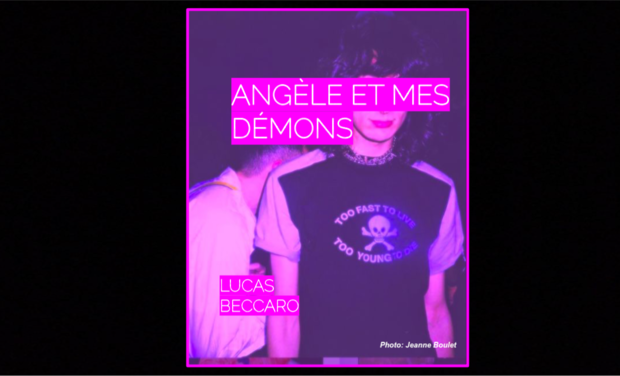 My name is Lucas Beccaro, I am 19 years old.

After a year of studying at the Dodge Film School in California, I decided to stop everything to focus on directing my first feature film: "Angèle et Mes Démons".

For years, after having seen many failed, caricatural and anachronistic films on adolescence, (because made by artists that are too old), the idea of ​​making a fair and sincere portrait of the new generation, its torments, its expectations, its energy and creativity, obsesses me.

"Angèle et Mes Démons" follows the attempts of resilience and the reconstruction of a teenager's identity, Gabriel, following the overdose of his soulmate, Angèle, on laced Xanax.

The film must reflect its generation; ultimately, it must be shot urgently. This is why we will start filming in January. The shoot will last until May after 4 months of intense preparation.

We already have a team of volunteers (actors, director of photography...)

If I am posting this, it is because I have great confidence in this project and unfortunately, in this unstable period, few producers dare to take the risk of financing projects (and especially those made by young people! ).

This is why I am asking you today to make a donation if you can, so that we can fulfill our dream and show that the youth has the power to emancipate itself in the film industry without being passive and waiting for producers to take notice.

I am enclosing a statement of intent as well as a music video made a few months ago for a school project, in the same visual atmosphere as the feature film.

The money raised will be entirely dedicated to the production of the film. It will allow us to rent quality equipment - camera, lights, sound (2700 euros) as well as to remunerate the various positions (for the moment volunteers) in order to create a more stable work plan (1300 euros).

Indeed, to reach the norm today for certain positions, sound engineer for example, a salary is inevitable.

These different expenses will allow me to invest my savings in other sectors, such as sets / costumes, or even food for example.

Your name in the End Credits

For 10 euros, your name will be mentionned ( in large!) as a donator.

For 40 euros, a signed poster + a copy before the film's release will be offered to you.