We would love to create a beautiful, exclusive zine, which will promote our event we have started to launch in Warsaw. Project involves upcoming, underground visual artists and musicians in one place. By making a zine, besides the event, we would like to create touchable, beautiful item. That two platformed project tries to promote wonderful underground scene from Poland and also emerge it with the scene from other countries by inviting them to our country, as we both have been living abroad and met many great artists who would like to join this idea. 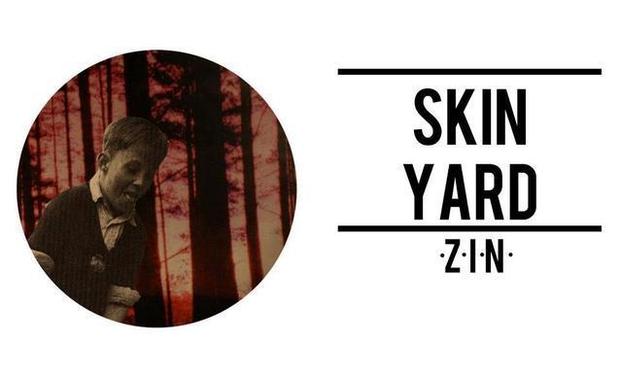 We are two enthusiasts of great music and visual arts. We have had the idea about merging our passions and share it with other people since a long time. The mile stone of this idea was the event we have created a week ago the party called SKIN YARD, which we have organised in warsaw club Jerozolima (which is an old abandoned children's hospital with a creepy history!). We did not imagine how many people would come, and we worried a bit and to our suprise our idea was welcomed with great warmth, GREATcrowd and awesome reviews. The hospital I mentioned above is a vast space, and we have decided to choose only little part which is in the basement and is a REAL mortarium. The preparations took quite a time, begining from designing posters, promotion, and more physical activities like cleaning that mortarium and putting up an electricity (which was extremely hopeless, not that it is a hundread years old building ;)). But it was worth it - we made it succesfull, filled up with happy crowd sinking in heavy, dark sounds.

We are now in the process of making the black and white zine, which would be a prototype, low budget beautiful item, but our dream is to create a proper magazine, with funds to send it abroad etc. The team consist great polish artists, musicians and photographs which we will show off very soon as a trailer ;).

We not only involved musicians, djs, bands, but also took care of the visual side - we hav einvited two photographers to expose their works. Skin Yard has invited the top of the tops of polish music scene for the party: Dj Lutto Lento (Sangoplasmo Records), Karol Chinaski plus his Swans-inspired band RUUR, RORKBOY (mysterious persona who used to Dj long time ago and now plays under pseudonyme), Elephant on Onyx (band from Italy!), Shit Shave Shovers (noise from PL, which is a rare diamond). To sum everything up our dream is to create the magazine under the same name SKIN YARD.

We would love to make it exclusive,  in form and sens, promote great polish illustrators, graphics, musicians, writers. The platform which is different from all known publishings in our country from fashion magazines till stupid gossip papers. We would like to create something which can be exported product and be seen in art shops abroad and inspire other people to listen to beautiful music and help to create a great trace of sublime in our lives. Our project does not want to be another on-line magazine, as we said before we try to create something touchable and beautiful, something you want to stick to your wall to see it before you fall asleep. Also another important aspect is to make  the zine in the form of the book which is unusual, has got different pages and presents added like mixtapes etc (we cant say more shuuussshhh!!!! :) ) The decision to write in Kiss Kiss was basically the need for the base-fund to print out the copies and make it beautiful quality. We hope you like our idea and would like to support it and see it LIIIIVEEEE