Jazz hits the silver screen! Take a front-row seat to support this album of movie tunes performed by a vocalist and different guitarists. 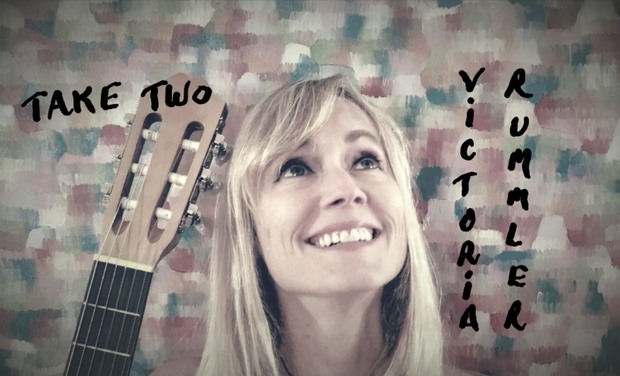 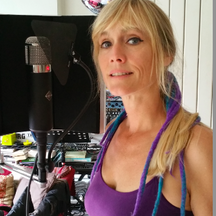 Hello, friends and friends-to-be! I’m happy to share this new adventure with all of you. It’s my third album in the making, a series of vocal-guitar duets called "Take Two," on the theme of old and new movie music.

I’m an American jazz vocalist based in Paris for over 20 years (and a huge language and animal lover, for the record :)). I’ve built my career on lending a broad range of abilities to projects of all stripes but largely specialize in vocal jazz, including the cutting-edge electro-a cappella group Les Grandes Gueules (http://blecossois.free.fr/). Today it’s time to embark on a new creative endeavor of my very own, namely my third solo album.The repertoire is a series of "sound snippets" from some of the great musical moments in cinema (George Gershwin, Miles Davis and Henry Mancini, to name only a few), and a couple of my own pieces inspired by famous movie lines.

To be sure, the cinema theme is infinitely rich and often characterized by lavish orchestration, so I decided to take a radical approach: pare it down to two equally rich instruments, the human voice and the guitar, and keep the arrangements short and spontaneous. In shaping these "mini movies," I called on guitar masters with different sounds and backgrounds; to my delight, Nguyên Lê, Federico Casagrande, Guilherme Monteiro and Dano Haider.were up for the challenge, and it ain’t over yet! The resulting dozen duets feel like an inerplanetary adventure, with a guaranteed happy end thanks to these outstanding artists…and your help.

Since the above video was made, we recorded four more tracks and are now up to eight. Seriously, this project is a blockbuster!

And if you’re hankerin’ for even more, see the biography section below!

As a child Victoria studied piano, voice, dance, clarinet and theater. She graduated from Miami Palmetto Senior High School in 1984 and earned a Bachelor of Arts in Music at Williams College in 1988, winning the Arthur Judson Prize for achievement in music. In October of the same year she moved to Munich, Germany, where she studied German at the Goethe-Institut (earning the highest test score, "sehr gut") and worked as a translator and performer. In October, 1993 Rummler moved to Paris, France and studied French at the Alliance Française (earning the highest test score, "très bien"). She speaks English, French, German and Italian.

A professional musician since 1997, Rummler recorded her first solo album, Twinkle, in 2004. In 2005, she joined the a cappella group "Les Grandes Gueules" (winners of the Concours national de jazz de la Défense in 1998) to record two albums for Sony BMG, Vocal Extrême and Poéziques. She continues to tour with this group in addition to her solo work.

Victoria Rummler also writes poetry, short stories and novels. Her short stories, "That Mess in the Basement" and “Hell is on the Way to Hoboken“ were published online by Long Story Short in 2009 and 2015 respectively.

Born in Paris to Vietnamese parents, he began to play drums at the age of 15, then took up guitar & electric bass. After graduating with a degree in Visual Arts, he majored in Philosophy, writing a thesis on Exoticism. Then he devoted himself to music, creating "ULTRAMARINE" (1983), a multi-ethnic band whose CD "DÉ" was named "Best World Music Album of 1989" by Philippe Conrath, Libération newspaper.

In 2007 he won first prize at the Gibson Montreux Jazz Festival Guitar Competition with George Benson heading the jury.

With saxophonist Christophe Panzani, Casagrande founded The Drops, a Paris-based band which released three albums (“Falling from the Sky,” “Spray” and “Live in Paris”) and has been touring extensively over the years.

He has also given solo performances for more than eight years, which led to his record “At the End of the Day” (CamJazz, released in November, 2014), featuring Michele Rabbia, Vincent Peirani and Vincent Courtois.

He also performs as an accompanist in various European jazz ensembles, and has released 10 records either as a leader or co-leader.

His most recent album, “The Ancient Battle of the Invisible,” was produced by the major Italian jazz label CAM JAZZ.

Guilherme Monteiro was born in Rio de Janeiro on July 20th, 1971. He started playing music at the age of seven and the guitar at the age of twelve in Sao Paulo. By the age of fifteen he was performing in jazz clubs and teaching privately in the city of Belo Horizonte, soon becoming one of the most respected musicians in that city. In Belo Horizonte Guilherme played with renowned musicians Toninho Horta and Tavinho Moura at the age of nineteen. These composers had a strong impact on his musicianship, bringing him closer to the roots of Minas Gerais through their modern and sophisticated approach.

In 1999, Guilherme was accepted to the Thelonious Monk Institute of Jazz Performance, a highly selective program that admits only eight students of each instrument after auditioning musicians from all over the world. At the Institute he studied privately with Clark Terry, with whom he also performed, and Jimmy Heath, with whom he performed at the Kennedy Center and taught a clinic at the Duke Ellington High School, among others.

Living in New York City since 2000, Guilherme has played and recorded with some of the most respected musicians in town, such as Kenny Werner, two records with Ron Carter and Grady Tate for Harry Allen, Slide Hampton’s Jobim project with Claudio Roditi and Duduka da Fonseca, Lee Konitz, Randy Brecker, Joao Bosco and Johnny Alf. Last September Guilherme and Lionel Loueke performed a duet at the 3rd International Guitar Festival in Belo Horizonte, Brazil.

He was a member of Lila Downs’ band, with whom he toured for four years and recorded two albums. The first of them (One Blood) won a Latin Grammy for best folk album. Guilherme is also a current member of Duduka Da Fonseca’s Quintet, with which he recorded its latest release, "Samba Jazz In Black and White," and the band Forro in the Dark, with whom he is helping to redefine Brazilian music in this century. With Forro, Guilherme had the opportunity to collaborate with special guests David Byrne, Miho Hatori and Bebel Gilberto on the band’s latest album, "Bonfires of Sao Joao."

Besides leading his own band, Guilherme is the co-leader of a jazz quartet featuring Jorge Continentino, hosting a weekly house gig at NYC's hot spot Nublu. He was also a member of Bebel Gilberto's band alongside his band mates from Forro In The Dark. Most recently, Guilherme was featured on Ron Carter’s latest release for Blue Note Records, "Jazz & Bossa," a collection of Mr. Carter’s originals together with classics recorded by the legendary bassist in the past.

Born in Stuttgart, 7-string guitarist and composer Dano Haider grew up in the south of France. He studied music at the Swiss Jazz School in Bern, with Ira Kriss, Franck Sikora, Billie Brooks and his uncle, pianist Joe Haider.

He did several workshops, with such musicians as Bruce Forman and Philip Catherine, and first performed in Switzerland, Germany and Alsace, eastern France.

Inspired by Wes Montgomery and Jim Hall, Dano has developed a highly personal style, both instrumentally and creatively, as demonstrated in his compositions and arrangements.

WHAT’S THE WORD AROUND TOWN?

“Victoria Rummler blows you away. Beautiful and feisty, she becomes one with her art. Her cover versions are elegant. In a tongue-in-cheek exchange with the audience, she transmits her suave, mellow style to stressed-out Parisians and people in a hurry.”

“(…) its predominant traits are a cheerfulness and eclecticism that spring naturally from her joy of singing and, even more importantly, performing onstage.”

“This CD is "friendly," "open," a performance that you will remember, warmly. Ms. Rummler does a great version of Pat Metheny's "James" and provides a real diversity of originals (...) this CD seeps into your head for many re-plays, highly recommended.”

About Victoria’s second solo CD, “am I am”:

"(...) devilishly efficient composer (...) the singer sounds more comfortable than ever before. Her joy of singing is nothing short of contagious. Just listen to the soft breeze that is her voice, and you'll feel great. Kick back, casually. It's just plain jubilant."

Your contribution to "Take Two" will support a musician who has been a constant presence in the European jazz scene for over 15 years, who needs a little help to complete this personal, ambitious new project. In shaping the record, I’ve chosen to emphasize each musician’s unique aristry, and I want the sound to be top-notch; think Neil Young, who started a campaign to bring back the old vinyl sound. He’s got something there!

HOW MUCH? FOR WHAT?

The artistic production costs € 7,000 (not counting CD duplication, distribution and promotion, which can easily double the amount)! Our goal now is € 3,000 in 60 days, which can be broken down as follows:

Honestly, this is only the beginning; as many of you know, distribution and promotion are a whole other can o’ worms – so look out, there may be a sequel on the horizon :)!

Personal thanks on Facebook and news as the project develops

Special thanks on FB page, news, and movie postcard

All of the above plus a signed copy of the CD

All of the above plus a personalized video

All of the above plus an original song by Vick, for/about you!

All of the above plus a solo house concert (Paris region)

All of the above plus co-producer credit