Teaching "Children of Convicts" photography, to document their daily life. 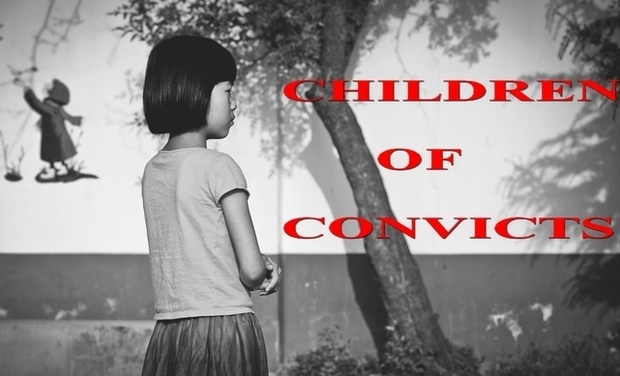 In 2013, I was called as a photojournalist to cover the life of some isolated Children whose parents are in prison.

It started in 1999 as a small organization in China without formal structure, Today Morning Tears is a registered Non-Governmental Organization with legal accreditation for child protection who takes care of Children of convicts in several countries around the world. With over 9 million people held in prison institutions around the world, prison populations are growing in nearly all the countries of the world.

Children are often unfair victims of this situation:

The psychological problems and emotional pains that children of convicts are facing are often overwhelming. The arrest of a parent causes fear, confusion and panic. Before and during the trial children feel anxiety and frustration. When their parent is being sentenced they feel hopeless and helpless. Stigmas and Biases become part of their childhood.

When a father goes to prison, there is an 80% chance that the mother will still be the caregiver of their children. When a mother is sent to prison, the chances that the father will be the carer of their children is less than one in five. Additionally, in developing countries, while families tend to have more children, the chances that other relatives or grandparents take care of the child are smaller because of the poverty pressure. The world of the child is destroyed. Consequently, the imprisonment of a parent often lead to the start of a life on the street for the children. On the streets there is no help available to assist the children in the healing process from their traumatic experience of parental inprisonment, and the child is left alone.

Statistics shows that children of convicts have about a 70% of going to jail like their mothers or fathers before them if they don't get help!

Those children of the damned who become damned themselves begin early with a cycle of pain. They are at risk for mental health problems, often bullied at school, and suffer from the stigma of having a parent in jail. Additionally, in many societies culture, people have prejudices against children with imprisoned parent. Instead of surrounding the children with a loving and understanding environment many parents want to protect their own child against what is considered as the negative influence of those failing children: It is said not good to play with those children. Instead of helping the children people tend to give them isolation and a negative self-image.

Morning Tears tries to rebuild the world for children who have lost their own, providing a new home for children that are left behind by the imprisonment of a parent. In these family unit, they provide all basic needs such as Food, clothes, and shelter, but also psychological support, school education, leisure activities and juridical support. Above all, they offer a safe, loving and caring environment where children can heal from their trauma.

Our series of 2013 photos focused on Children of convicts in China in their daily life, image of the places where children are living in the Morning Tears "Coming Home Center", enjoying meals, going to school, doing homework, playing with friends, interaction with caregivers, etc. I was called to come and spend some time with 44 of them in a family unit care Center, living with them for a while. As all children in the World, they have joys, pain, laughs and tears ! After few days being there, we discovered wonderful loving kids who take their lives in charge with such courage everyday!

We also met the people who take care of them, staff of the Center and saw their work in the backstage. After breakfast at 5am, we walked to school with the kids every morning at 7am and shared their daily life for a few days.

On the last day, we left with in the heart and in memory the idea that we will come back someday..., helping them more...

About the Photographer and Coach

Christian Jacques has been based in China as photojournalist correspondent since little more than 10 Years. Additionally he has been teaching photography at Beijing University and Art School, but also organized in collaboration with Canon China "Capture the Moment", a Kids-Photography teaching two years in a raw (2011,2012) for some Beijing kids. His work, including the 2013 'Morning Tears series' can be seen at www.cjhphoto.zenfolio.com

In 2013, photos taken at the care center, at School and all along the days spent with the kids were carefully selected by Morning Tears association to build a Calendar 2014 and a photographs auction sales to the benefit of the kids.

So what is the new project we have in mind ?

During our stay, we discovered 44 kids avid of learning, curious about our photography work, borrowing our cameras and attempting to create images. As we already did in 2013 with Canon China for migrants kids, we would like to bring to the Children of convicts the opportunity to develop their creativity and their opening to the World of adults.

The principle of this project will be similar to the Beijing teaching:

1 - Half Day of theory bases: Initiation to the composition rules

2 - A day of shooting pictures in their area park with a 'mission card' (Kids are entitled 'photo reporters' and should bring back a list of photos with corresponding composition rules as on their 'mission card' checklist.

3 - Printing and Selecting the Kids photographs in the Care Center with comments and designation of some "laureates"; Delivering Diplomas to the kids who will keep the sample camera for documenting their daily life.

Once the kids will be trained to the composition rules and basics use of their camera they will be documenting by themselves their daily life as they see it from their own eyes.

Book produced and exhibition from the collected photographs will be the result of their work under the supervision of the center caretakers.

Exhibition will travel Beijing - Shanghai - Guangzhou - Hong Kong with some prints and books sales to the benefit of the kids.

- 80 Euros Printing invitation cards to officials for the exhibition,

As everything we do in China, this project should be undertaken with the proper authorizations. For this project, as we did in 2013 for the initial visit to the Kids in Zhengzhou, we work fully with the NGO 'Morning Tears' Beijing headquarter and the local Zhengzhou government to obtain the necessary authorizations.

This project will give to kids the opportunity to learn and open their mind around documenting their daily life in photographs.

During our 2013 visit to the care center we discovered a group of wonderful Kids who take courageously  their life in hands, but also who were very curious about our work of creating images, capturing feelings and memories.

This project brings to the Children of convicts the opportunity to develop their creativity and their opening to the World of adults, but also to capture memories of their lives, learning to look at their own world.

Additionally by holding exhibition and book sale, the project also have for objectives to raise interest around their cases; Sales of the books will be used to give them more support.

Thank you for making this project possible and fix a smile on their face !