Participate in funding the future of creation. 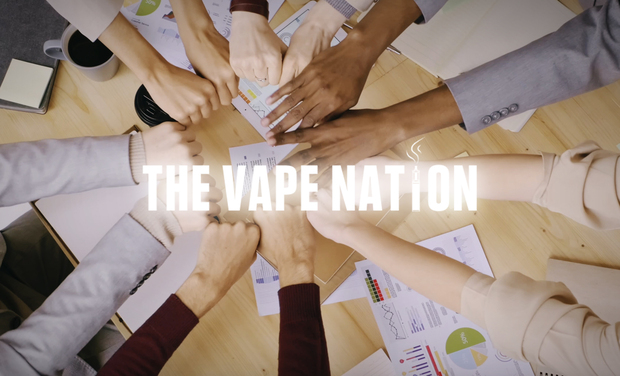 Two years after their last work, Les Nouveaux Bourbons, Julian Bordeau and his team are back with a new, very different short film, even more ambitious than the previous one: The Vape Nation.

When filming my last movie, Les Nouveaux Bourbons, my team and I wanted to deconstruct the cliches around the Versailles neighborhood in Neder-over-Heembeek, mostly known so far for drug dealing and urban violence. To that aim, we put the locals in the spotlight, especially the teenagers, to change the public opinion but especially to show them simply as they are: human.

In The Vape Nation, we will deal with current societal issues, not in a direct manner nor with a documentary treatment but through a fantasy universe.

This film will be a proper come back, with the same actors and actresses, who I want to bring for once on different grounds than the ones where they’re usually expected. I’d like to prove that they can adapt to any part, because in Les Nouveaux Bourbons they played characters quite similar to who they are. For them it will be a motivating and rewarding experience, because unfortunately the parts they’re usually offered are often terrible and outdated stereotypes.

Within the tech crew, we continue to promote gender parity, but also cultural diversity, like we did when filming our previous movie. We’re trying hard to share our values as much in fiction as in real life, in order to raise awareness among the viewers.

As a kid, I would explore everything that horror and science fiction cinema could offer by disobeying my parents and watching the VHS tapes hidden in the living room chest – the forbidden tapes. These made me discover classic movies as much as completely forgotten films. As time went by and internet took over, I was able to broaden my knowledge and find out that many of those movies belonged to a sub-category of cult films: B movies, or even its lousy version, Z movies. This cheap and anti-glamorous movement remains, to me, one of the most passionate genres within motion pictures.

The artistic matter at stake for The Vape Nation is to seize that movement and honor it in order to show all of its assets and strengths, but also to use bits from horror or science fiction movies, sprinkled with mainstream cinema from my childhood. Originally, my scenario idea is inspired by Body Snatchers by Abel Ferrara, in which aliens come and take possession of human beings while they sleep, to create a better of version of men, devoid of emotions.

In these peculiar times, I choose to use this moment for a number of reassessments. A time has come to desire new things for the film industry in terms of creation, fundin, etc. Culture has never mattered more than today, when it’s restricted in every way. It provides us ways to dream and escape everyday life and allows us to forget our restrained, locked down existence. As for us, artists, it is our responsibility to keep on creating no matter what, towards a new way: the one that’s given me the chance to dream, to share stories with others, be they fantasy tales, horror bits or intimate moments. I hope I can take you through the same experience and welcome you into an off-the-wall but always sincere universe.

The last short film, Les Nouveaux Bourbons, has been selected for a festival, appointed for TV broadcast (RTBF) and allowed the discovery of young talents. It hit a wide and multifaceted audience, young viewers for the most part (12-30 yo).

Since airing on Belgian TV channel La Trois in May and June 2020, the movie has also reached an older viewership (40-65 yo). Through The Vape Nation, we’d like to continue to extend our visibility and increase the audiovisual sector’s awareness towards our projects. That’s why, when you help us, you do not only promote the development of a new voice through art, but you also support a real professional diversity and the fight against stereotypes.

Our singularity comes from the fact that we are completely independent. We build the projects from A to Z with a young and motivated team, which is rare in the film industry where you usually have to work with a production company and public grants. Unfortunately, as the market is saturated, it is difficult to obtain these funds… That’s why we’re looking for an alternative financing or donations from individuals or companies, in order to continue to achieve our dreams of movie creation and keep our spontaneity in new projects.

The pre-production has already begun, the whole team is currently working on the smooth organization of the movie shooting, which will happen in September 2020 in Brussels.

Post-production (editing, color-grading, sound mix…) will occur right after filming and will take a few months.

Also about the post-production, we're in Brussels and even if the film will be in French, we're going to make Dutch and English subtitles, to share the project with everybody.

The gathered funds will finance every step of the way, from production to post production including filming.

For us crowdfunding is the best way to achieve this independent movie in the best conditions possible.

The leasing of some locations and costumes is also important in order to guarantee the authenticity of the movie (around 900€ for buying, renting and insurance).

Once we’re done filming, we will need a location for post-production. We’ll need to hire an editor, a VFX technician, a mixer and a color-grading technician (3500€).

We will also need budget for distribution, via social networks or festival submissions (1600€).

We’re going for a first goal of 5,000€, but we already know that we will need much more for the shooting to happen in the best conditions possible and for the whole aesthetics to live up to our expectations.

Become our business angel and support a progressive, spontaneous and atypical project.

On top of our gratitude and your name in the credits, you’ll receive this awesome tote bag and an exclusive early access to the movie, 2 days before the official release. Amazing!

And from the team of course. Interns will be hired ASAP.

It’s getting serious! Thanks to you, our business plan is taking shape. Your name will be in the credits and you’ll get a super lovely post on our networks to thank you for your support.

Sky is the limit

A huge thank you! Now grab your tote bag and meet us in Brussels for the movie’s preview showing, as a VIP! Why watch it on a small screen when you could have it on a giant one?

Cheers partner, as a sponsor, you will get your logo on the film poster, on our social networks and a product placement in the movie. That’s the win-win spirit <3