Support the creation of "A Dark Journey" because you can not escape the darkness inside you! 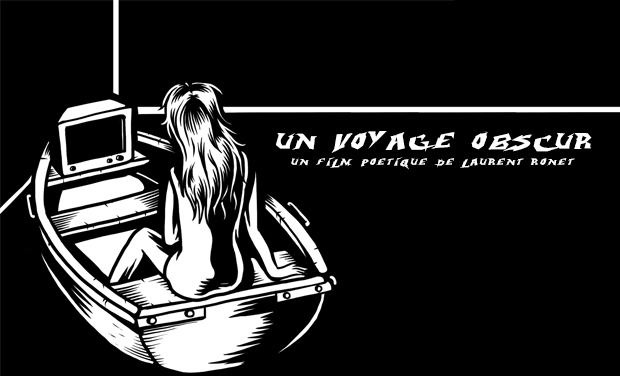 As some of you may know, Laurent Ronet is a French writer, visual artist and psychoanalyst. He is known for his use of Otto Gross's work from the angle of liberal futuristic culture, as well as for his Freud / Burroughs analyzes and his poetic interpretations of authors such as Rimbaud, Trakl, and Novalis.

His current project "A Dark Journey" is inspired by Sigmund Freud's Lost Object Theory. The film is built through the sound provided by the French musician Jac Berrocal, probably the first protagonist of the film.

The key element of this film is the idea of a journey in motion, a pattern of events. The actress Christa Brecht is a "traveler" in the midst of her inner darkness that must confront herself through a crisis of lost love. "Love must be devoured, love is a dark object that does not let sleep the one who owns it" so begins the journey.

Part of the original poem that is the script of the film.

"A Dark Journey" is conceived as a symbolic cinema document through the psychosis of a woman especially in the sea and also by the city in New York (see "Medea" by Lars von Trier or "Decasia" by Bill Morrison). It mainly deals with the perception of movement in a film. It consists of 70 minutes of video in Super 8, divided into 13 cinematic sequences that are reminiscent of Christa's existential journey to find the heart of her lover through the darkness of her memories - a sort of search in the infinite sea of everything what we lost.

With "A Dark Journey" Laurent Ronet sculpts a new "poetry of being" on the screen of the film - a new style of sweet pain.

Christa Brecht, Actress and puppet master, graduate of Arts of the ARCIS University and diploma in design and technique in elaboration of puppets TRnKa NY, dedicated to street-art and performance through her creations.

Almudena Caminero, Painter and designer of production from Spain. She obtained his BFA in Fine Arts in 2012 at the European University of Madrid and his MA in Set Design for film, Theater and TV at the TAI School. After working on some short films and TV shows in Madrid, she decided to move to New York, where he graduated in Filmmaking from The New York Film Academy.

The director's artistic background, the ideas behind "A Dark Journey" and Kiss Kiss Bank Bank have a common key element: creative freedom. The freedom that a profound idea, the support of friends and the inspiration of a community can produce a film without the millions necessary for industrial art. This film has, in fact, a no budget attitude, truly independent and produced entirely with the author's own unlimited investment. This film will be shot with a Super 8 camera - Sankyo Super CME 440. Nearly 70% of the budget is spent on the purchase of filming equipment, 30% on post-production. With this Kiss Kiss Bank Bank campaign, we hope to raise a minimum of 2500 euros, to help us develop our experimental project.

The director and his small crew (art director Almudena Caminero, sound designer and musician Jac Berrocal and actress Christa Brecht) are now working on production. We also look forward to the response of an American poet who will read the poem created by Ronet for the film.

More info about the author: www.laurentronet.com

In order to finish A DARK JOURNEY, we need your generous help. Thank you !

1. I will collect all the money.

2. If the money exceeds the amount requested, the money will be entirely used to improve the film.