1945, Germany: In the middle of utter chaos and destruction a heroic GI saves a small boy. An extraordinary adventure! 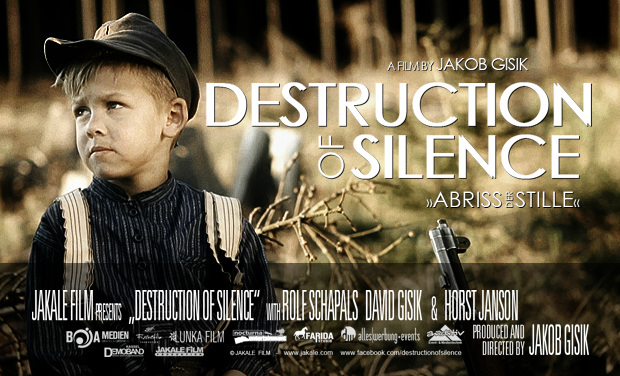 Near the end of the war, april 1945 in Germany. Almost a few hours till the nightmare has an end. The six year old german boy Phillip Schmidt is on his own after losing his family in a deadly bomb attack. Starving and exhausted he meets american soldiers, which are on a patrol in Northern Hesse.

But the german Wehrmacht is not far away and waits to kill. The furious battle between the enemies is one of the last tragedies of this bloody war: only a GI named Jack Brown and Phillip survive. The american soldier is as lost as the small boy and a friendship is born, which will last over decades till their end of days ...

This is a completely independent film of 30 minutes about people and their emotions in dramatic and life threatening situations. The human tragedy of World War II is overwhelming. But in the middle of chaos there can be hope, love and future.

The project has a very small budget. With original vehicles (jeeps, motor bikes), real costumes and pyrotechnics the very ambitious project is realized with many people and actors, which often help without being payed for.

The principal actor Rolf Schapals is a coming movie star. With a solid background as stuntman and after several minor roles in films and serials Destruction of Silence brings a totally new experience. The 23 year old actor shows outstanding courage and an impressing performance.

Even internationally known actor Horst Janson (i.e. Steiner – Das Eiserne Kreuz with Richard Burton and Robert Mitchum) accepted to take part for small money. And you will see Sarah Alles, one of the best young female actors in Germany ... and many more.

Costumes, catering and technic cost a huge load of money. We are in the last stage of production ... but we nearly run out of money.

We need 3000 € to finalize the film! Postproduction and music are expensive. And the film will be synchronized in German, English and Russian. But if we reach more than 5000 € we will be able to synchronize this movie in French! So please support us and be a part of this project, which tells a story of courage and friendship. And perhaps you could give us your French voice for our synchronisation?

Thank you for backing independent movie makers. We love telling stories ... and you for helping us!