Support the adventure of the YGRK. Some say that our generation lacks imagination. But youth has dreams to sell and spaces to take. 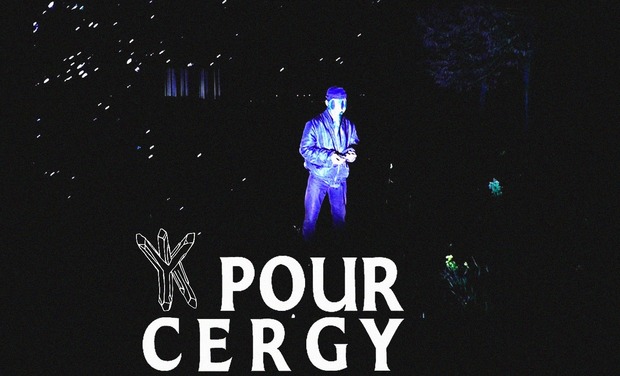 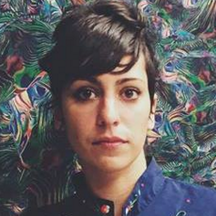 SUMMARY OF THE MOVIE:

It's in Cergy that everything starts, a cold day of November. A group of friends and the rumor of a party that evening, at the other end of the RER (suburban train), in a castle in Marne la Vallée, city of DisneyLand Paris.

To get there will be complicated but the night promises to be grandiose.

Xavier (aka Freddy Cooper aka John Moku) must DJ at a party on that evening but no way to go alone, he leaves it open for his group of friends, everyone must "bite".

His group is the YGRK KLUB.  The appointment is set at Cergy - St Christophe station to go with his team to Marne-la-Vallée. His guys are slow to meet up so while waiting Xavier drifts on a mission to discover real and imaginary spaces. We are led by the look of a bunch of kids at once "wankers", dreamers, anxious and talented characters.

Aboard a car of this suburban RER train, they fantasize, digress: and what if this was the Castle of the Sleeping Beauty where the party is set to be?

But the train stops at La Défense (equivalent of the City in Paris) and will not pass the gates of the capital. Something has happened in Paris, it looks like the party's over.

The film, like the city of Cergy revolves around an axis: literally, the Major axis that goes from the road of the Lost Steps to the Avenue of Abundance.

During the wait for his friends, Xavier is traveling on this axe between the 12 columns and the train station.

Figuratively speaking, the film is wound around another axis traced by the red RER line A which connects Cergy-Pontoise to Marne-la-Vallée, so to Disneyland, and which segments metaphorically our story between the Greek colonnade and the castle of Sleeping Beauty.

The Ygrk Klub, is the story of a dive in the corner of suburban town of Cergy-Pontoise: the very last train station in the extreme northwest edge of Paris.

Cergy is one of five new towns built between 1965 and 1973, like Marne-la-Vallée, on the other side of this suburban train line which is the first tourist city in Europe, DisneyLand Paris in the south east, where sits the mainland version of the plastic kingdom of Mickey.

Cergy is both a starting point, cue point and end point in the story of our group.

It is characteristic of these areas straight out of the imagination of a handful of architects and town planners whose postmodern idea of harmony of living together has taken the reality in mouth full; this is one of those places which is the result of the arrogance of some builders who seemed to believe that the ingenuity of their arrangements would replace the set design in time.

Nestled in the heart of a peripheral country, sometimes a neat little city, sometimes morose, between dormitory, rural life and fake ancient columns.

And the focus (again literally and figuratively) is Paris, this distant and flamboyant horizon that seems to always to recede a little more as we approach it.

In the image of their city, the group is hybrid and full of contradictions.

They dream of African music by eating rillettes (French paté), Camembert watered with tropical juice and vodka, cheap white wine at room temperature. Out of instinct  of "survival", they excel in the art of inventing worlds they inhabit with more fervor than the one we call “real”, and that seems to promise so little.

The Ygrk Klub is one of these worlds within which they move, become Bamao Yende, Moku John Beyta, the Gypsy, Small Fragile Arabgirl, Rage White Ghost... Musicians, performers, sculptors, graffiti artists, rappers, cloth designers , leprechauns and hermaphrodites, of all colors.

“This figure has at the same time the aspect of the rabbit and of the duck. Now that you see both, when I ask you what do you see, you say: “ I see both a rabbit and a duck”.  When you say that, what you really want to say is: “There, I see (somewhat of) a rabbit and there, I see (somewhat of) a duck”. Unless you wanted to say, like me when I concentrate well enough: “Now my vision oscillates between the two, I see both at the same time but abstractly”. Eventually, in this rabbit-duck you see the rabbit and the duck as the aspects of the same totem. And once you see them both combined, it seems wrong/false to say “I see the duck” because you know that the shape of the rabbit hides (somewhere behind) and can re-appear. The fact of feeling/sensing the duck is also a rabbit and vice versa is a moment between glimpses.”

It's that time of "entrevison" between glimpses that is referred in contact of the YGRK KLUB and that this film aims to portray. A portray of a band of rabbit-ducks exploring the realms where they are realized.

GENESIS OF THE PROJECT:

I met the YGRK KLUB through my involvement in the world of electronic music in Paris.

Revolving around their evenings, as an observer because the average age is much lower than mine, I quickly found myself in the middle of "packs", recomposable and extendable at the option of nocturnal wanderings. The energy that emanated from their parties really moved me.

I then see nights that suggest their delicious harmonies and ephemeral, that 'I' identity, strong and thunderous, -I am, I’m from, I belong to- stops for a moment to exist.

An “I”, in a confused “Us” that is fragile and temporary, which "capitalizes" on the party space as the present, the here and now.

They are the offspring of two related but distinct worlds emerged in the same period, and the open wounds of the urban fabric of the major Western megalopolises.

They are the creators of this third world, from the meeting of the rave culture and hip-hop culture: musicians, designers, stylists, stonemasons, pacing these cities.

They embody a certain state of youth. More locally, a French youth, we sum more than ever to rally to identity straitjackets, which would like to be racialized and divided.

And this varied / incredibly pluralistic youth, responds by inventing spaces and expressions in common areas. It manipulates signs, images, symbols, sounds, languages, and blows enclaves firmly anchored with a disconcerting freedom. This youth invents and in joy!

And in a half smile they evoke the 'African fanstamagory " of their children" because no of them ever set a foothold in Africa! "

But their world refers to it, their avatars, icons, visual and sound patterns. It is this hybrid world, built from the strange territory of Cergy-Pontoise that this film takes as a subject.

The whole process goes from writing till the real manufacture, and in the film they design sets, costumes and music.  Everything becomes a playground to put this imaginary onto the screen.

I spent a year writing with them, observing how they navigate between fantasy and reality and I developed a story that is built from stories / characters, real and fantasized.

The choice of staging and the formal processing of the film (between fiction and performance) will echo with the disorder resulted from the mesh of several realities. Multiple simultaneous realities made possible by the increasing number of sophisticated tools made available for us to be lost us in this opaque tangle.

Your crowdfunding campaign will fund the filming and part of the post-production as follows:

-  The rental of technical equipment for image and sound: the film is set during the day and also at night, we have the need to rent projectors and sensitive cameras.

The film based on the Ygrk Klub which is always on the move, we will be filming mos of the time with two cameras equipped in the same way. The sound is as important as the image, so it is necessary to also rent sound equipment for a comfortable shooting and to equip our key actors with wireless microphones.We also intend to hire a technical truck to be able to move the hardware on all our sets

- The logistics for the shoot and the team needs, that consists of fifteen technicians and a dozen actors (food, transportation, gasoline)

- This short film presents a particular aspect: everything is made by hand: the Ygrk Klub being totally involved in the project, they are the ones making the costumes and the sets designs of the film.

All this requires the purchase of raw materials: fabric, wood, tools, and a lot of envy and sweat!

There will be a big post-production work for both the image and sound.

- For the image, we ll have a lot of raw rushes from different medias at the end of this shoot. Beyond the assembly that will be long (possibly very long), we are in need of an important image calibration work. This is to be made in a professional studio with experienced technicians.

- This film is based on the sound environment: all the sounds that make the soundtrack will be mixed together very carefully.

The music is composed by Ygrk Klub and will be recorded in a studio. We will have a lot of sound material, dialogues, scenes of the city of Cergy, the suburban train RER noise. To assemble all that to find harmony necessary requests work in a movie studio with the material at the tip of technology and experienced technicians.

- Preparation: 17 October to 14 November: sites identifying and manufacturing of decorations, manufacturing and testing of costumes, composition of the technical team, lists of technical equipment...