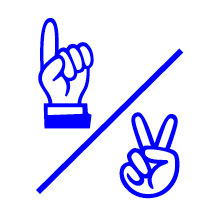 Hello! We are four French graphic designers and artists: Laure Boer, Anne-Pauline Mabire, Lucie Pindat and Chloé Thomas. We studied together Graphic Design at the ENSAAMA Design Academy in Paris. Laure left for Berlin and became a partner at the Graphic Design Studio BANK™ in 2007 . Laure is also a tutor for Graphic Design at the ESAAT Design Academy in Roubaix, France (Master Degree) and also at the Design Academie in Berlin. Since 2008, she gives regularly design workshops at the Forsbergs Skola in Stockholm (Sweden), ESAAT in Roubaix (France), as well as the HfK Bremen (Germany), and the Design Summer in Hangzhou (China). In Amsterdam, Lucie works as a graphic designer by the Creative Agency Vandejong. Within the Vandejong team she develops new formats in communication and new designs. She worked for a.o. Foam (Photography Museum Amsterdam), De Brakke Grond (Flamish Cultural Institute in Amsterdam) and Make a Forest (an international art and design project to raise awareness about deforestation). Anne Pauline worked as a freelancer for graphic design projects and developed in parallel her artistic practice until she decided to pursue it further by continuing her studies in Fine Arts at the EESAB (École Européenne Supérieure d'Art de Bretagne). Anne-Pauline Mabire artistic work consists of drawings, picture collections, and photography. She assembles several documents from various origins with original drawings in installations, in order to set up iconographic universes. Since 2012, she works as cultural mediator for the Breton Regional Contemporary Art Fund (FRAC) in Rennes, France. In Paris, Chloé began a freelance activity for clients in the cultural and fashion industry such as the trendstyle agency Promostyl . In 2009, Chloé moved to Vienna and started to work as a freelancer for the French Institute. She now works in the Austrian capital for various clients, such as the National Parks Austria. Since 2012, she became partner at Camille Boyer Shop, a multi-brand store promoting and selling Austrian and international up-and coming fashion designers.