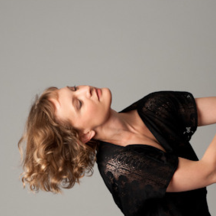 Born in New York, Christina trained at the renowned Merce Cunningham Studio. In 2000, after completing her diploma in English Literature and Dance from Barnard College, Columbia University, she decided to explore Dance in France. Upon arriving in France she danced for the renowned french choreographer Jean-Claude Gallotta. After 2005, she began working as rehearsal director and teacher for the Centre Choreographique of Grenoble, directed by Gallotta. In this capacity she has traveled all over France to teach the repertory of Gallotta to non-professionals and professional dancers alike. In 2012 she re-mounted Des Gens Qui Dansent for the Dance Company Dansité through a grant from the Centre National de la Danse, PARIS. Since 2005, her qualities as a dynamic, sensitive and generous teacher as well as her unique style of contemporary dance has brought her to teach in Russia, Lebanon, USA and France. This year she is delighted to be invited to teach in Berlin (Germany) at the Marameo Dance Center, Dakar (Senegal) at the Ecole Des Sables and numerous towns in France. Trained in ballet and the founding modern dance currents - Martha Graham, Paul Taylor and Merce Cunningham - in 2003, she radically changed her physical approach and became fascinated by Yoga. In this new practice, she found an expected physical virtuosity that constructs itself on the sensation and emanation of the breath flow within the body. Joining the very musical and rhythmic heritage of her modern dance training, his practice has breathed in a new way of approaching dance, turning away from formalism towards a dance based on interior sensation, breath dynamics and inner musicality. Her preoccupation with the musicality of dance has evolved progressively through her choreographic projects. In "Suite" a dance video created in 2006, she explored how the musical phrasing of Shubert could breathe life into static postures, creating a shifting and dynamic dance. She has also conceived multi-media set-up in which the body acts as an instrument in a sonorized scenic space in Head2Head (2007). The dancers breath and footsteps were amplified as a way of bringing the audience closer to the musicality of the movement. Head2Head (2007) toured to Sweden, Russia, USA, and Lebanon. She was invited to participate in 2008-2009 in the Choreographic Laboratory called TRANSFORME under the direction of choreographer Myriam Gourfink at the Royaumont Foundation. Since 2008 she has been developing a unique choreographic process through the invention of breath scores, this project has developed thanks to prestigious grants from the Centre National de la Dance, the Fondation Beaumarchais/SACD and the Royaumont Foundation. The exploration of respiratory movement in dance has resulted in the creation of AIRTIGHT (2011), solo for dancer and balloon, presented at The Studio the Regard du Cygne, the festival Les Incandescences and the choreographic platform of the CDC/ Val de Marne at the MAC/Creteil, all in the Ile-de-France Region. TROIS SOUFFLES (2013) is a creation that questions the place of breath in a choreographers signature through the reinterpretation the existing breath lines of three renowned choreographers: Odile Duboc, Kazou Ohno, and Jean-Claude Gallotta. This project is conceived and created with choreographer Laurence Pagès, supported by the CCN de Grenoble, le Ménagerie de Verre, le CDC/Val de Marne, the Foundation Beaumarchais/ SACD, the Royaumont Foundation, and The Studio the Regard du Cygne. TROIS SOUFFLES premiered in September 2013 at the Royaumont Foundation. 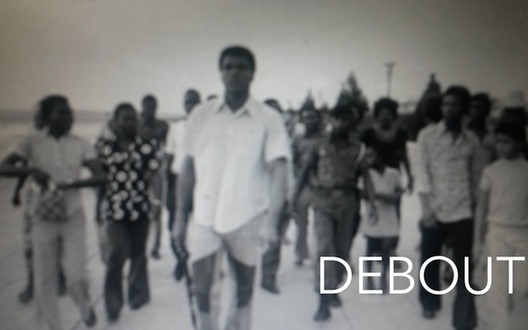 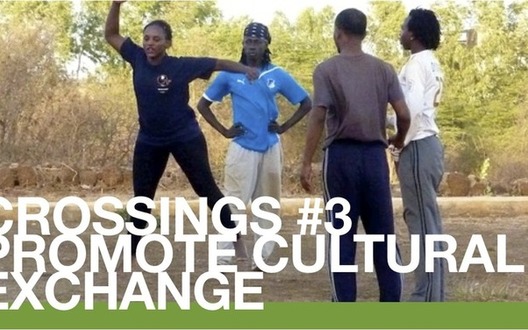