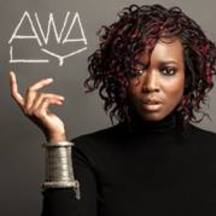 Awa is a journey herself As if she had to cross all borders to be left with none. French, with a Senegalese background, living in Italy, polyglot Awa has lived several lives, with only one thread: music. This lady, who never encountered any difficulties during her studies, did not choose the easy way of the major companies, her artistic side always getting back to her such a magnet. First, caught up into other artists’ projects: Art Director of "The Place", one of the most renowned Live Music Club in Rome (Italy), Jazz Albums in French for Japan with the group Chantons! Roles in movies and Italian TV. Her encounter with the famous composer-guitarist Massimo Giangrande and producer Marco Patrignani (owner of the Forum Music Village Studios, founded by Ennio Morricone ) will give birth to the first project: "Modulated " in 2009, with the participation of renowned musicians Tuck and Patti, Greg Cohen and Fabrizio Bosso; and then to the "Parole Prestate" EP, sung in Italian in March 2011. With her various projects, Awa paces the Italian, Europeans and Japanese club scenes, Europeans and Japanese and her audience got bigger each time. She even goes on stage with Neapolitan guitarist Pino Daniele during his world tour: Another opportunity to tumble all the borders down and meet an audience that had yet to know her. Today Awa has grown. Her texts are telling stories and talking about deceptively simple feelings, sometimes with rage, often with melancholy but always with that sincerity that never lets us down. Her Jazz music influence allows some folk, pop and even Caribbean incursions. Anyhow, that is none of her concern anymore as it is just another border matter, as we already told you. The next EP to be released in spring 2014 will be produced between Rome, Berlin and Paris, under the leadership of famous American bassist Greg Cohen (Norah Jones, Tom Waits, David Byrne, The Rolling Stones, Lou Reed, Laurie Anderson and Elvis Costello, Woody Allen ... ) and the faithful Roman composer-guitarist Massimo Giangrande . A new excuse to hit the road, crossing borders that no longer exist, and meet new friends she is yet to know. LINKS : Facebook : www.facebook.com / awalymusic Twitter: www.twitter.com / Awaly Website: www.awalymusic.com Blog: http://awalymusic.tumblr.com/ Instagram : # http://instagram.com/awalymusic Watch: http://www.youtube.com/watch?v=sQe2fGpiUYM 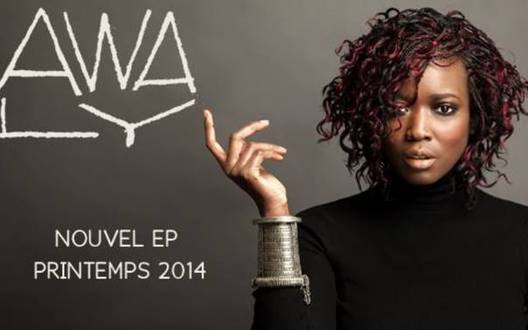