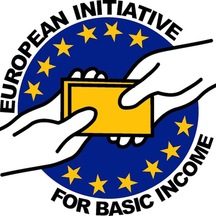 We’re activists and basic income veterans who gathered around this thing called the “European citizens’ initiative for basic income” which people from the European Union sign online. Basic income is a social security of the future. We need a million European signatures for basic income, but it proved too challenging to spark grassroots movements across 28 countries in Europe and collect a million signatures at the same time in just one year with almost zero funding. That’s why we’re asking all basic income supporters to help the basic income idea by donating a small sum of money which we will use to finance the online and offline promotion of the initiative in one final sprint campaign. It’s really important that we succeed because we can make basic income a well-known political topic in Europe now and pressure our lawmakers in Europe to take the eradication of poverty seriously. We have time until January 14th 2014 to collect the last 875.000 signatures, so we invite you to donate as much as you can - any amount between 1 - 499 euro will be accepted. Thank you and please donate now! 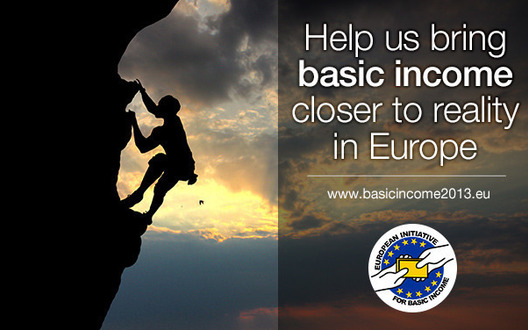 Help us bring basic income closer to reality in...