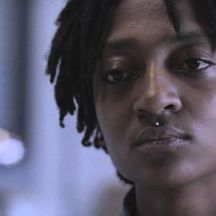 THE DIRECTOR Pascal Tessaud was born in 1974 and spent almost all his life on the outskirts of Paris. Stemming from a working-class family, he studied Literature and Cinema at Paris X Nanterre University and graduated with a masters’ dissertation about Jean-Luc Godard’s Pierrot le Fou. Having no connection whatsoever in the movie business, he approached various... See more

THE DIRECTOR Pascal Tessaud was born in 1974 and spent almost all his life on the outskirts of Paris. Stemming from a working-class family, he studied Literature and Cinema at Paris X Nanterre University and graduated with a masters’ dissertation about Jean-Luc Godard’s Pierrot le Fou. Having no connection whatsoever in the movie business, he approached various short-film productions and experienced all the posts possible – location manager, assistant, boom operator, lightning tech, grip, cameraman, scriptwriter, and actor – and learned his craft along the way. He then worked three years as an activity leader at a youth-inclusion center in Saint-Denis (Seine-Saint-Denis), where he helped local people find jobs. In 2003, he directed his first short film in Super-16 format “Noctambules” (12’), with Olivier Leite (La Rue Kétanou) and Hiam Abbass, produced by Entre Chien et Loup. Selected by a dozen festivals (including in La Réunion, Montréal, and by the Fespaco), it was broadcasted by TV5 Monde. Another Super-16 short followed in 2005, “L’été de Noura” (18’), coproduced by Voix de Femmes and Entre Chien et Loup, which was shown in some thirty festivals in the world (New York, Sydney, Berlin, Grenoble, Pantin etc.) where it received 5 awards, and was broadcasted on France 2, TSR Switzerland and TV5 Monde. In 2007, Pascal shot his first documentary, “Slam, ce qui nous brûle” (52’), about the slam poetry movement then booming in Saint-Denis. The film traveled in more than forty countries and was also broadcasted by France 5 and TV5Monde. The next year, he directed his third short film, “Faciès” (15’), in the context of a cinema workshop set in Paris’ 18th arrondissement. The film was screened at the Cinémathèque Française and during the Clermont-Ferrand Film Festival, and broadcasted by TV5Monde. Between 2009 and 2011, Pascal shot commissioned documentaries about urban music for France O in Mantes-la-Jolie, Saint-Denis and Marseille. He also directed music videos for rap group Milk Coffee and Sugar (“Alien”) and Nëggus et Küngobram (“Chants, Sueur et Larmes”). In 2012, he shot his fourth and latest short, “La Ville Lumière” (31’), produced by La Luna and funded by the CNC’s “Aide aux programmes”, which recounts the daily life of a luxury restaurant commis chef. The movie was selected in more than thirty festivals around the world, and received the International Grand Prix at the ReelWorld Festival in Toronto (Canada) in 2013, the Grand Prix of the Grand Off festival in Warsaw (Poland), the Best independent movie award in Mexico, The Audience Award at L.A.’s Colcoa, as well as the Best Actress award in Saint Petersburg. After having vainly canvassed and solicited many movie producers to bring his first feature script to the big screen, Pascal decided he would not wait any longer, and embarked on the crazy adventure of a guerilla shooting with “Brooklyn”, based on a ten-page treatment only, in order to fully express and experiment total artistic freedom, drawing on his ten-year experience in movies. Handcrafted and homemade “Brooklyn” is, thus far, his most accomplished and mastered work. THE DIRECTOR’S INTENTIONS For his first feature film, Pascal Tessaud’s wish was to shoot the Banlieue he knows so well, inside a hip-hop community, in the iconic city of Saint-Denis, and to follow the passionate path of the young Coralie as she struggles to adapt to the collective, earn her place in it, and become Brooklyn despite all obstacles. The goal was to film the complex forces fueling a Seine-Saint-Denis music association in an intimate and subtle way, by showing the daily routine, hard work, creativity, pains, and hassles of that chosen community. Pascal also wanted to show the inner conflicts of the rap world, where life choices confront ideological rifts, and where, sometimes, generations collide. How do we impart values, pass on a culture, transmit a history, ethics? Who are the recipients of this transmission? Who accepts it? Who rejects it, and why? How does this handover work? Through the romantic rivalry Coralie/Brooklyn engages in with Issa, Saint-Denis’ rising star, Pascal Tessaud seeks to question the notion of Success. What does “having a successful life” mean? Individualism or collective spirit, the movie transcends the microcosm of hip-hop and reaches universality in a philosophical reflection on where and how we each stand inside a group, and on the place of women in our society. THE REFERENCES Pascal Tessaud is a film-lover with a pronounced taste for crossover cinema. Very influenced by American independent cinema, he took John Cassavetes’ Shadows as a major reference for Brooklyn. Just like his master, he set up a one-month workshop with amateur actors to teach them the basic skills of movie acting and guided improvisation. Also strongly influenced by Spike Lee (She’s Gotta Have It, Do The Right Thing), Jim Jarmush (Stranger than Paradise, Down by Law), Martin Scorsese (Who’s That Knocking At My Door? Mean Streets), Larry Clark (Kids, Wassup Rockers), Charles Burnett (Killer of Sheep), Gus Van Sant (Mala Noche), but also by Italian (Pasolini, Rosi, Garrone), and British (Allan Clarke, Ken Loach, Jim Sheridan, Andréa Arnold) realists, Pascal appreciates fiction with a documentary approach, where fictive characters are set inside the concrete living space of a block, a hood, a city, amid the rest of the world. Passionate about music since he discovered the New York rap scene in the middle of the 1980’s, he loves hip-hop movies like 8Mile casting Eminem, Hustle and flow, Get rich or die tryin’ with 50 Cent, or Slam starring Saul Williams, and chose the streets of the suburban city he knew best, Saint Denis, to shoot his fantasy of a movie, the hip-hop movie France had never seen, anchored in the very heart of the city, paying tribute to the self-taught culture that opened him to the world, gave him the taste for words, poetry, and political awareness.