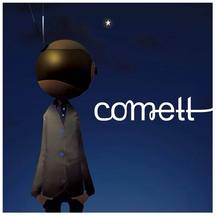 Comett is a French electro pop band, founded in 2005 by Alex C.P. Comett records a first self-produced EP entitled “Meeting With The Stars”. This EP is in reality a stepping-stone that urges Alex to improve his writing and to define his own musical universe, nurtured by pop, indie, and electronic influences. It is therefore only after several trips abroad (1 year in London and 2 years in Dublin) that the composition of a first album occurs. Back in France (Paris), Alex is able to surround himself with talented and creative people, beginning with Julien G., a drummer and rhythmic programmer who can refine the musical tone of the songs as the tracks are exchanged back and forth from Paris to Tours. Mixing and matching audacity and skills with music, cinema, and graphics, the album will eventually tell a story and will be entitled “My reality is your fiction”. Very soon after, Yoann Auzanneau (a.k.a Ozano), a graphic artist, joins the project, creates the characters, and puts the story in a retro-futurist world. Comett records the full album at “home” in 3 years, the final mixing and mastering is realized by Antoine Chaperon (Grisbi). A first stop-motion video is produced by Les lapins de l’espace (Grandville, I am un chien, Hawa, Bob the monster…) under the direction of Romain Wagner. The video introduces the album “My Reality is Your Fiction” with the single “Once Upon a Time/City of Lights”. With no marketing, the video and the song are quickly taken up by social networks, blogs and other Web sites. Proof of its uniqueness and originality, the single is part of several festivals including the International Festival of the clip (Protoclip), and won an award at the festival clip of Barcelona. Comett will release his first album during 2014 , which will be followed by several gigs. Press : "There are days like that or it is not expected to take a slap in the face. Impossible not to succumb to this group ... "(Rockfanch) An impressive video and a great sound of course” (Out a sound – UK) “Think Tim Burton re-doing the Smashing Pumpkins 'Tonight Tonight' video. These are all i've got to compare it to, it's fantastic” (Caretakemusic.blogspot.co.uk - UK) “Indie/electro band Comett, from Paris and whose motto is "We're doing music only because we like it" has thrown their hats into the animation ring for their really cool and visually stunning music video for their single 'Once Upon a Time/ The City of Light.' We should also add the song itself very great as well.” (Oralfix – New-York) “Julien and Alex will guide you in lands where the stars, innervated by pop energy are rocked by indie pop”. (L’insolent mag – Paris/ New-York) “from the first notes I'm just blown away by this track, which begins with a rhythm box music for children and that electrifies itself into electro-pop song, halfway between Gorillaz and Metronomy with a touch of Notwist "(sig-photography)” More than a musical work, the universe which seems to spread around this album, called "my reality is your fiction", is also graphic and visual ... a special atmosphere that you find yourself totally want to see it extended to the album and his other titles. "(Noizeletter) « On ne connaît que très peu Comett mais leur premier clip "Once Upon A Time/City Of Ligths" paru en décembre 2011 mêle habilement la musique, le graphisme et le cinéma sous la forme d'une fiction rétro-futuriste qui attire l'oreille dès la première écoute et nous donne envie de patienter jusqu'au printemps pour découvrir ce premier album et l'univers de ce groupe aux influences diverses! » (Wackyvinyl) 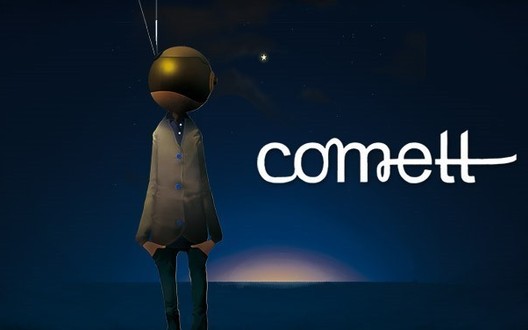