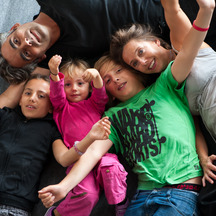 The photo is the kiddies of the show world with their mum the Show Director - creator and their dad the catcher- creator! The kiddies are waiting to see this long drawn out creation come to completion! HELP Etty Eliot Has been passionate about the circus theater performance world in general since she can remember beginning her career as soon as she could by creating a company circus travelling troop who toured the streets and festivals of Europe for two years. She went on to study trapeze and performance at fool time circus school in Bristol. Creatior - trapisist and actor with a company collective for 7 years called TURBO UNIT and performing on the filao tour of the COLPORTEURS. Inspired by the world of creative possibilities in the performance world etty began to study ARTISTIC DIRECTING working and studying with well-respected and famous director Sergei OSTREKO. Etty went on to write and direct her own performances and shows SUENOS DE VEULO Des Etoile dans la Tete HAMLET Shakespeare in Transit - Arcadia UNE DROLE DE MAISON. et VOL 3013 ne creation Tan Watson Hailing from North Wales, Tanwen initially studied theatre but soon realised her passion was to be more physical within performance. To bring this dream alive she studied circus professionally, first at Circomedia in Bristol and then on the degree programme at the Circus Space in London. She went on to complete an apprenticeship with NoFit State Circus, performing internationally in their touring show Tabu. Her specialist performance skills are flying trapeze, cradle and aerial rings. As well as touring with Nofit State Circus, she has performed with the Winter Circus Helsinki, Invisible Circus and Cirque Valo, and also at many international festivals and cabarets. Adie Delaney Adie Delaney began as a gymnast then entered the circus world at 18 years old. Since graduating from the National Institute of Circus Arts in Australia with a degree, she has worked in street theatre, large sporting ceremonies, festivals, small circus collectives and traditional circus before performing with NoFitState Circus for 5 years. Adie’s career has taken her to over 20 countries performing swinging trapeze, flying trapeze, hula hoops, trampolining, bungees, whipcracking, and general acrobatics. Other projects include a smaller scale flying trapeze show that premiered in Finland, and the installation of a circus skills program in Tasmania. Jordi Montmany Jordi has studied gymnastics for 10 year and has mastered static trapeze, Chinese pole acrobatics and flying trapeze. He has a strong stage presents and has performed with his own company FLYING TITRTAS, SILOSENAME CUELGO and KANBAHIOTA TRUP MADRID He has his own flying trapeze school near Barcelona and is a generous and well respected teacher giving his students confidence and belief in themselves. He organizes and directs an end of term show with his studants. Guilliame Quillard Has 20 years circus performing and creating experience. His discipline in flying trapeze catcher – actor and trumpeter He began his circus journey at 18 with ARCHAOS 1990’s and never looked back working with famous companies such as Les ARTS SAUT, LES COLPORTEUR LOS GALINDAS, ZANZIBAR CIRQUE ALEAS et CIE ONCORE. Guiom is a fully trained rigger and has an HGV license, and a wide technical knowledge in creation rigs props etc. etc. Guiom has pleased audiences worldwide and intends to continue doing so. Verity Smith - Bio Verity is a singer/songwriter whose unique voice, melodies and lyrics illuminate the light and beauty of the darkest corners of our hearts. She has worked with, EMI Publishing - Bucks Publishing - The Outside Organization - Eagle Records -Kensaltown records - Little Buddha Her talent as a singer/songwriter has led to her collaborations with Sacha Skarbek: Ivor Novello award winner, Grammy award nominee and writer of such hit songs as 'You're Beautiful' for James blunt and 'Baby I'm yours' Jason Mrez. Paul Herman: Writer of 'Thank you' for Dido and other artists such as Natasha Beddingfield and Faithless Craig Armstrong Orchestral composer and Oscar winner for film Music for Baz Luhrmen's 'romeo and Juliet' and 'Moulin Rouge' Nick Whitecross: Lead singer of 'Kissing the Pink' and writer for X-press2 and A-Ha David Turley: Writer, guitarist for 'Lovers Electric' Daryl Runswick: Orchestral and Jazz Composer, co-writer and bass player for Johnny Dankworth and Cleo Lane She was also invited by Richard Stilgoe to give song writing Master Classes at The Orpheus Centre U.K. Despite being blind, Verity has also represent the UK at Dressage in the world championships, and has also recently finished her autobiography ‘Gropers Guide To The Galaxy’. Verity is currently writing and performing with Jason Carter, composer and guitarist, In their new exciting acoustic duo, 'If Hilda went to Paris’ 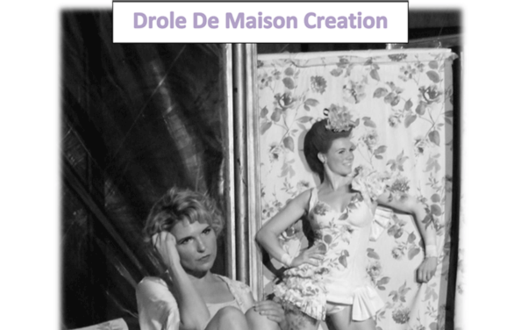