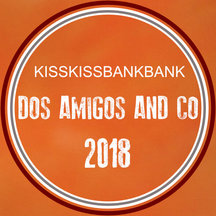 Subtle balance of intimist and frankly festive environments, Dos Amigos & Co was born from the meeting (Avignon, 2009) between two latinos of South America, Argentinian Luis Pousa and Chilean Joselo Gonzalez. Join together around the love for the South American guitar and standards, they start by 2010 to occur in festivals, bars, theatres of the Great South to defend a first album car produced which meets much success… Little by little of other albums see the light, the repertoire packs themselves, evolves and is born thus the need to widen the sound spectrum ....First of all the percussion incorporates itself by Jean Michel Parenteau, an old fellow traveller,… then the double bass, since 2016 with the orders Mickael Madar. Formation semi-acoustics Dos Amigos & Co invite us to the travel with a selection of the compositions and better standards of the Latin-American repertoire (Tango, Valleys, Milonga, Bolero, Bossa, Samba, Cumbia and other swing latino). An environment worthy of the best cabarets latinos…” 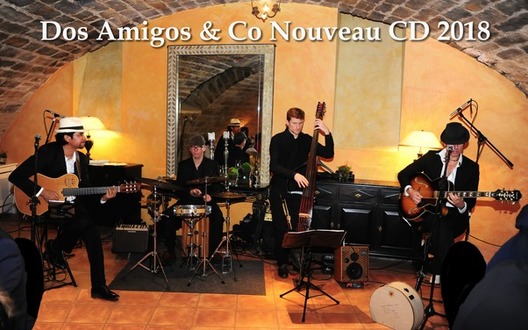