We are the Driewieler Collectief - Angelo (Gens) Custodio, Arthur Guilleminot and Pedro Matias - an artistic collective based in Amsterdam. We are an unexpected marriage between a classical singer, a conceptual designer and a visual artist. Driewieler is founded in 2010 by Pedro and Angelo when they moved to Amsterdam, with Arthur joining in early 2014. Having similar artistic and personal believes, the 3 of us are committed in finding a new and fresh (common) language, testing and bending the limits of our own practices, over-crossing unexpected art fields. Believing in the importance of experiencing a sensation, fundamental part of the final result, our collective’s work drifts conceptually around notions such as ‘new shapes’ of community, dystopia and redefinition of personal and social boundaries. Together we embrace the difference, proposing a personal and bended version of the reality. Being an openly gay collective and having an amputee among us, social unfitting, social stigma and impairment are unavoidable subjects to us. How do we deal with social rejection? How do we create our own identity? Can we establish a society free from the current status quo? Believing in the, already existing dystopian characteristics of our society, we play, in our body of work, with daily ritualism, extended sexuality and fetishism as a way of exploring and bending sexual and gender conventions; embracing the awkward and the uncanny, proposing a fantastic and utopian New future. Creatively we base our research on an open process, expecting to merge the surrounding reality with ours, inspired in the contemporary reality, feeding from the current, the awkward, the outsider; a jump into a (extended) reality; always looking forward. Members: *Angelo (countertenor / live artist) brings his knowledge in body awareness, use of voice and composition skills, willing to expand the horizons and uses of sound or noise, voice and stage performativity. Having a broad range of experience on stage, Angelo aims to combine his musical skills with performance arts. With a special and unique vocal range, as a countertenor, Angelo tries to explore and bend predefined ideas of masculinity and femininity, applying that also to his performance art pieces. Besides his vocal capabilities, Angelo has also been developing his own music compositions combining classical elements with contemporary lyrics and poems. Drafted to expand his horizons, since 2010, Angelo combines his classical studies with external productions in collaboration with theatre makers, visual artists and conceptual composers. This experiences confirmed his believes in interdisciplinary work pushing him to pursue further development in over crossing fields. As a maker he believes in the combination of the use of his voice with improvisation and choreography, willing to create an unique unfitting atmosphere. Conceptually, his personal (life) experience and childhood play a strong role bringing his work to an uncanny, tense and confrontational level. The pieces often play with perception of the spectator, pushing the audience to reflect upon the position of the performer but also upon his physical presence. Angelo works from his own experience towards the society; from the individual to the communal; using himself as a mirror of the surroundings. * Arthur (object and conceptual designer) explores the expanded use of objects. With a background in product design, Arthur prefers to investigate and emphasise the use of an object rather than fall into aestheticisms. The created product becomes alive by the interaction with the human body and its expressivity. Because of this Arthur felt the necessity of exploring collaborative processes, often with Live Artists, in which he develops objects that help to create an atmosphere, bringing them to life in a real situation. With a strong inspiration in the contemporary pop culture, Arthur’s creations tend to be projected for a dystopian futuristic world. Socially engaged and with an interest in commenting upon contemporary social issues, his creations refer to an ‘out of time’ situation. Arthur’s work presents a paradox between fantastic (sci-fi) and tangible. * Pedro (live artist - director) explores in his work the relation between performer, object and physicality. Through his academic path, Pedro have been crossing different art fields such as Painting, Philosophy of Art, Documentary film or Video art, pushing him to have a more interdisciplinary and open final work. These previous experiences pushed him to go for collaborative processes and for an interdisciplinary practice, either directing others (performers) and their impulses or collaborating with fellow artists. By working in cooperation, Pedro has the possibility of amplifying his creations to a point of friction, building a dystopian atmosphere, a parallel alternative to the known reality. Deeply interested in playing with the perception of the viewer and in redefining the boundaries between audience and performers, Pedro is willing to explore the sensation and experience range within the art work. With a strong interactive component, the audience is often pushed to become a spontaneous participant, creating, together with the performers repetitive and obsessive actions, amplified and bended to an extreme. Conceptually Pedro combines his interests about uncanny realities, paradox between private and public, objectification of the body (often in the range of fetishism and sexuality), queer underground life, queer issues and obsessive behaviours with a trashy but rather minimalistic aesthetics. 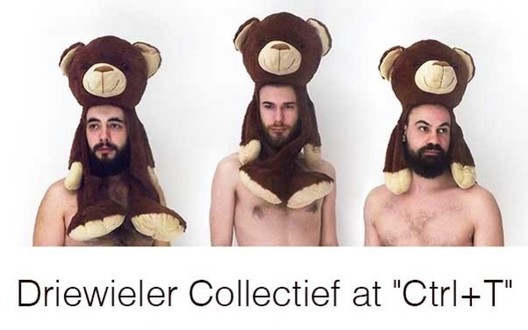