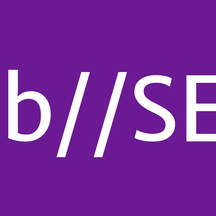 Mathilde Vrignaud is an contemporary choreographer, dancer and teacher. She trained in classical and contemporary dance at Paris National Conservatory for Music and Dance ( CNSMDP) and then at the National Center for Dance ( CND). She has been working as an interpreter for the choreographers Véronique His since 2007. She works for Bénédicte Raffin, Lena Massiani, Jean Christophe Boclé and Magalie Brument-Charti. She performed and studied Karim Sebbar, Carolyn Carlson, Paco Decina, Daniel Dobbels, Angelin Preljocaj and Alwin Nikolais. Since 2008, she has regularly taken part in dance early-learning with different childcare centers and conservatories. At the same time, she is also developing her choreographic practice ( New York, Belgium, India ) and has been trainning in music ( voice, piano) and theatre. In 2012, she created the Ensemble Lab//SEM with the support of Aurélie Reybier, Roland Seilhes and Enfance et Musique Association. Ensemble - Laboratoire // Son, Espace, Mouvement - gathers music and dance artists in order to question the connections between those two languages. It is composed by dancers, singers and instrumentalists. In June 2013, she directed Jeux d'accords. She will join Prototype N°2 choreographic trainning at Royaumont Abbey from October 2014, regarding vocal presence in the choreographic score.