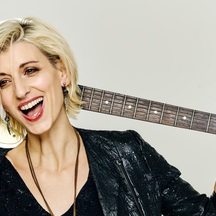 Music : Americana Singer, Songwriter, and Guitarist, from Paris,France « The Album is a mix of Roots , Folk Music with a touch of Pop , that is powered by her Smoky Soulful Vocals and her hard driving ,percussive Rhythm Guitar . .. « GAËLLE BUSWEL, is an artist who does not leave one indifferent. Her music has its roots in the blues and her voice reaches straight for the heart. GAËLLE BUSWEL, carries her exceptional voice and generous spirit without pretense. With a ready smile, she is a great live performer with already more than 500 concerts across Europe under her belt and a recent tour in North America with her second album « Black to Blue » ( released in november 2014). It is no wonder that the young artist turned to the music of the « seventies » with the broken voices of the singers of that time. The sounds of Led Zeppelin, Joe Cocker and Queen met Neil Young and Janis Joplin by her crib, ultimately leading to a mix of complementary musical inspirations when she turned to these same singers at the start of her musical career. As a teenager, she immersed herself completely in blues music, delving into the albums of Bonnie Raitt and Jonny Lang. So what should one expect from a tall, blond, brown-eyed girl who appears on stage with a guitar and a smile to die for? A performance from Gaëlle Buswel is like an earthquake making seismic waves from the very first note. Gaëlle Buswel is a seasoned live performer who has been playing concerts solo and with other bands since the age of 13. With the band “Cam On”, she played throughout France, Belgium and England. Her fan base began to grow rapidly after a video of her covering a Tina Turner hit began circulating on Internet. She spent several months playing her compositions with her guitar, solo in London. She sang in the London Underground as a challenge, in hopes of showing how music can create a real bond between people. Back in France, fans asked her to do the same in the Paris Metro. The result was unexpected. Some requested that she perform in detention centers and children’s hospitals. She has been compared to the likes of Joan Baez and Melissa Etheridge. These varied experiences contributes to her songwriting as well. With Gaëlle, there is no artifice, no tricks. She has worked on all fronts to promote her music and is self-produced. Gaëlle Buswel writes and composes many of her songs. The result was a promising first album, « Yesterday’s Shadow » made in collaboration with the bluesman Neal Black, which was released in 2012, This acoustic folk blues album attracted a substantial audience to her original and authentic universe. The title track would be ranked No. 1 in the Unites States by Concert Blogger magazine and aired on W9 in France as well as on numerous foreign and national radio stations, including TSF Jazz radio. Her 2nd album « Black to Blue » was released in June 2014 and produced with the help of her fans. The album has already attracted a new audience, and North America welcomed her with open arms. She was invited onto the set of the “JT de 20h” in Saint Pierre and Miquelon which also aired in Canada. She made ​​her first live appearance on FM radio WFDU in New York and was selected « Artist of the Month » by the American magazine Concert Blogger. Gaëlle Buswel is showing in many musical events and festivals such as: Le Festival d’Ete in Quebec (Canada), the New Morning club in Paris. She recently opened for : UB 40 and has also opened for: Louis Bertignac, Elliot Murphy, The James Hunter Six… not to mention the Lounge music festival hosted by Cherie FM, the Festival Blues in Féminin, La Nuit de la Guitare, Le Grand’Angle, Le Cabaret Sauvage, le Divan du Monde, Musik à Manosque with Les Tambours du Bronx in front of of over 10,000 people, as well as other shows in England, Germany, Poland and Belgium. She performed for the production of the American television series “Vampire Diaries” when the actors paid a visit to France and she also opened for “One Tree Hill” star Tyler Hilton. It is with original songs colored by blues, rock, and folk pop but placed in her own time that Gaëlle Buswel meets her audience. With heartfelt lyrics and melodies that will carry you far away, Gaëlle Buswel has the ability to turn her vision of the world into music, making her a sincere, complete and unique artist. Here is a true artist, closely followed by thousands of fans from the 4 corners of the world all falling in love with her music drawn with American colors. 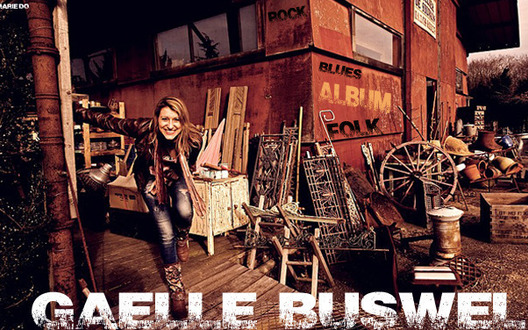 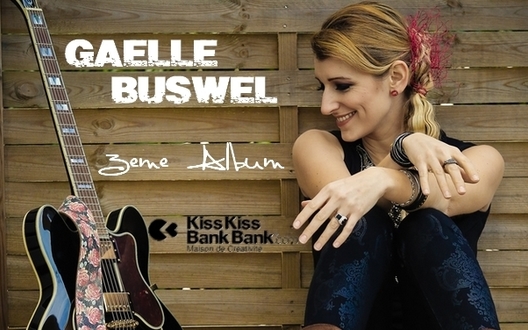 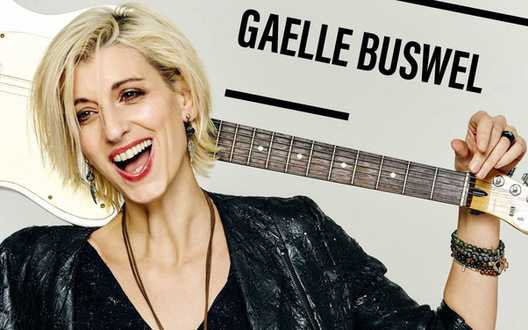