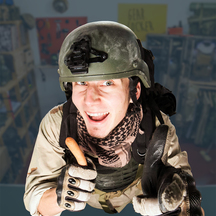 The Team Ipak (Alexis) write, co-directs, presents and edits Gear Locker episodes. He has a real passion for cinema, and in general for visual arts; he co-directs various projects in that field with his brother Jérémie, such as the western short film Lloyd Rotten uploaded at the end of the season 1 of Gear Locker. He has been practicing Airsoft for many years and takes part in various OPs all around France, and works as a photo reporter for Red Dot magazine. Jérémie offers the advantage of not practicing Airsoft. Thus, he can bring an exterior point of view to the scripts and allows the team to make the web-TV accessible to beginners and to the general public. He co-directs and edits the show, along with Ipak. He plays many characters and composes many of the show’s music tracks as well, including the show’s opening theme. Stéphane, Axel and Loic are all three consultants for the show. They have been practicing Airsoft for a very long time (from 10 to 20 years of practice), and they bring their experience and point of view on the scenarios once those are written. They are meticulous, methodical and honest critics, and are vital to the show since they prevent mistakes and thus allow the creation of a reliable and well-built content. Vincent Vincent is our motion design animator. His diagrams illustrate clearly and simply some of Ipak’s words. Antoine Antoine is Gear Locker’s translator. He translates the show into English in order to make the web-TV available to players from all around the globe! PV PV handles the camera work and the lights for some Gear Locker episodes (Lloyd Rotten, The Revenant parody, the Vietnam sequence, etc). He is assistant cameraman on some feature films for the Film industry and brings his trained eyes and his experience to our show. 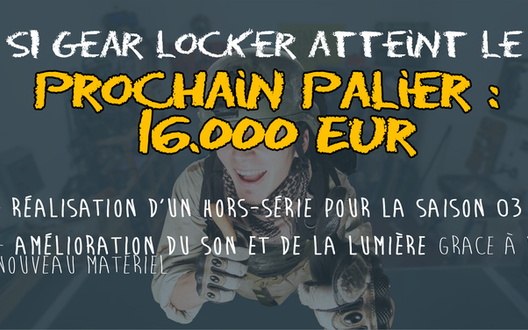 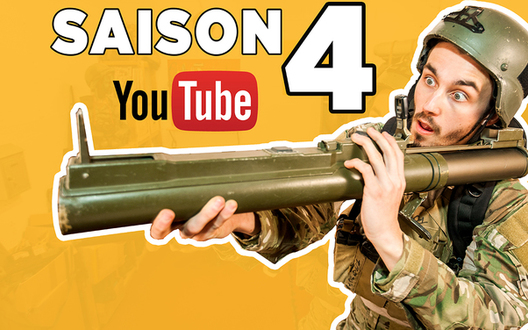