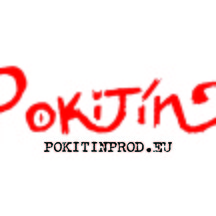 We are four free lance journalists, four women under 30, living in Egypt for the past two years. We covered the January 2011 upraising for our medias, and lived this historical moment next to the Egyptian youth, at the heart of the events. Some of them were our friends. We shared their grief when revolutionaries fell to police snipers. We saw them overjoyed by the fall of Mubarak. But then we wanted to look further, and we decided to go beyond Tahrir. We aim to meet the “average Egyptian”, instead of exposing young bloggers’ stories which were told so many times in the Western medias. Our objective is to wander off the beaten tracks, and to have an original perspective on these youth. We would like to show individuals rather than archetypical young Egyptian. Working with the multimedia agency Pokitin Prod, it became clear for us that the webdocumentary was the most relevant format to explore all the aspects of this «Tahrir generation», using videos and pictures as well as texts and radio interviews, and creating a real interactive experience on the web. Marion Guénard, Radio France / Le Figaro Pauline Beugnies, Photographer (Le Monde, Libération, Le Figaro, L'Express, The New York Times, De Morgen...) Nina Hubinet, La Croix, Le Temps Rachida El Azzouzi, Mediapart