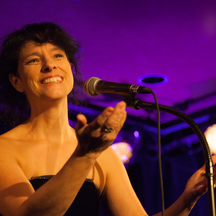 The Acadian singer-song-writer and actress Isabelle Cyr, first studied classical piano and singing in her hometown, Moncton New–Brunswick. Then she moved to Montreal, Quebec where she studied literature and philosophy at McGill University, before receiving her acting diploma from The Montreal Conservatory of Dramatic Arts. She performed many years in television and film (Chambres en ville, Karmina, Nos étés, PT Barnum) and on stage both in Montreal and in New York City before coming back to music. She is a multitalented artist who now shares her time between music, acting, writing, mentoring, producing and directing in film and theater (Une journée comme les autres, Mille mots d’amour, Lysistrata). She has won many prizes in these divers fields but is also well known for her inspiring commitment to social and humanitarian causes (Opération Enfant Soleil, Les Impatients,). In 2010, she and Yves Marchand created the traditional music and singer-song-writer show, Pays d’abondance, which is presently touring with great success across Canada and France. Since 2009, she also composed piano pieces for the three award winning instrumental albums for Philou. In 2015, she created and produced with Yves Marchand her own solo show Comme une Chanson. She is presently working on her second album, which is due to come out this year. 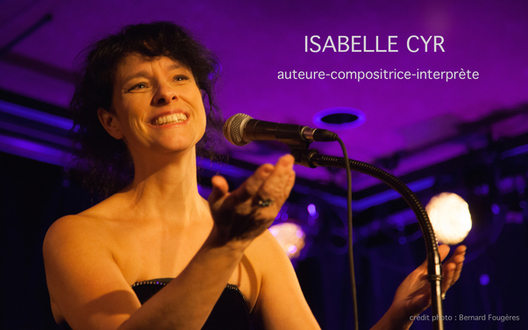