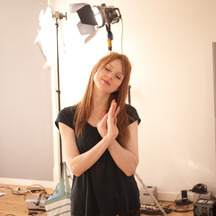 Jayne Amara Ross is a Franco-Australian poet and filmmaker. She is the co-founder of the collective FareWell Poetry with French composer Frédéric D. Oberland. Her filmmaking is characterized by her love of hand-processed analog cinematography and spoken-word poetry. Since 2009, her films have been shown in various European festivals (Côté Court, Filmer La Musique, Les Rockomotives, Festival Signes de Nuit...) and galleries (CCA Glasgow, MAMCS Strasbourg, la Cinémathèque Française, le 104, SixDogs Athens...) and she has toured France and the UK with FareWell Poetry. She has produced 5 films to date and her latest film, The Golden House : For Him I Sought the Woods (2011), received funding from the Centre National des Arts Plastiques (France). She is currently recording Only Yearning To Sail to See (working title) with FareWell Poetry and working on a new film for the collective shot between France and Scotland. 'The work of Jayne Amara Ross fascinates and fills one with wonder. Her films are amazingly masterful, bringing to light an intimate mythology that is raw, breathless, striking. Here the most ambitious poetic challenges are met and from this emerges something rare and precious, quite invaluable these days : a female answer to fundamental human questions.’ Gabriela Trujillo (Culturopoing, June 2011) ‘Visual symphonies play soundtrack to the poetic voice-over, expanding into a series of images of rare filmic beauty (…). We are shaken by the truth that resides in this innovative expression of the female experience.’ Raphaël Bassan (Revue Bref, January 2013) ‘Ross' words come across as both challenge and requiem, an impossible tightrope that she somehow manages to cross, in the manner of predecessor poets such as Sylvia Plath and Brigit Pegeen Kelly. When hearing her intonations for the first time, backed by the cacophonous hollows of the band, one forgets to breathe; after the exhalation, one gasps, “what did I just hear?” In like fashion, those viewing the film are likely to whisper, “what did I just see?”, followed by the heartbreaking admittance, “it will hurt me, but I have to hear it again” ’ Richard Allen (The Silent Ballet – review of FareWell Poetry’s Hoping for the Invisible to Ignite’, October 2011) 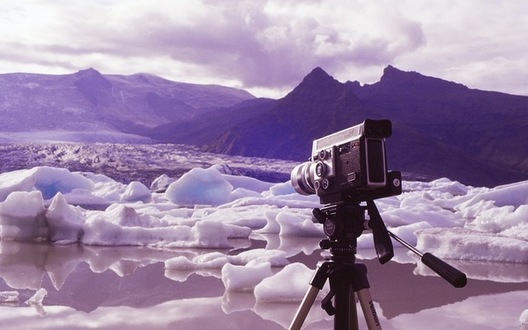