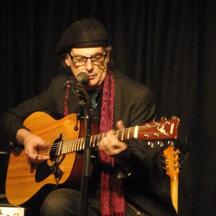 Jon Ben Berger was born in Brooklyn and grew up on the East Coast where Jon’s talent was recognized by, among others, the famous folk musician Pete Seeger. Jon performed regularly at the legendary clubs the Gaslight and The Bitter End.  In the late 60's Jon moved to the West Coast and the San Francisco music scene where he formed the fusion band The Burning Bush. The band played regularly at Bay Area concerts and a tape of those performances caught the attention of senior A & R producer at Columbia Records, John Hammond.  Jon was drafted in the Vietnam War but like many other young people, for moral objections he refused to serve. In 1967, changing his stage name to Toby Ben, during this period he released the album Wake Up to the Sunshine. Jon worked on stage with Richie Havens at his legendary opening performance at Woodstock in 1969. Jon then moved back to vibrant New York, continued to be a featured act at the city’s music venues and took up residence at the famous Chelsea Hotel for 10 years. Nurtured by the avant-garde art scene around him at the Chelsea Hotel, he enjoyed multi-media collaborations with members of the Phillip Glass Ensemble, director Shirley Clarke and dancers from Merce Cunningham's troupe. He also created music with Tony William's Lifetime, Jack Bruce and Jimi Hendrix among others and landed a role in the original release of Hair at Broadway’s Biltmore Theatre.  In the eighties love led Jon to Stockholm, Sweden, where he raised three children and set up Butterfly Studios. Shortly after his arrival, Jon continued his career in theater and starred in the musical Jesus Christ Superstar where he met the beloved Swedish national troubadour Cornelis Vreeswijk, who is honored on his new album with the song Worn Out Shoes. In 2009 on President Obama’s inauguration day, Jon’s song Made it to the Mountain was performed by Cyndee Peters with a gospel choir at Stockholm Concert Hall to celebrate the occasion. Jon originally wrote the song in honor of Martin Luther King during the weeks following his assassination. Jon has collaborated with many Swedish and international artists such as Jair-Rohm Parker Wells, Tore Berglund, James Bradley Jr, Hans Loelv, Ira Hurowitz, Brian Kramer, Jane Kitto Andersson and JJ Marsh. A beloved teacher, Jon taught young students how to sing and play various instruments. Throughout his time in Sweden Jon has toured the country and played in many venues like the China Theatre, Stampen, Engelen and S:ta Clara, where Jon and Martin had a standing show for ten years. In 2017, Jon and Martin have devoted the majority of their time to completing this pinnacle album, Find Love (make it worthwhile). 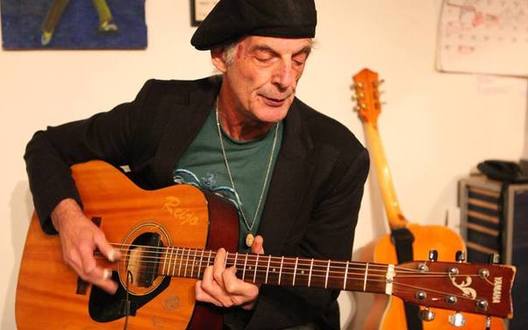