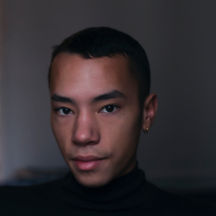 A graduate from the LUCA School of Arts in Brussels, I am a young filmmaker currently based in Paris, France. I have completed several short films since I launched my professional career. Most recently, during the quarantine, I completed a 3-film series of short films shot within the restrictions of my own home. The films were selected for the festival Courts Intérieurs.