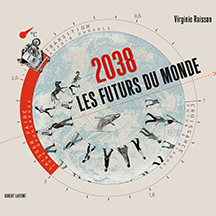 Not a week goes by without hearing news in the media about current phenomena whose evolution threatens the future of the planet. Not a day without hearing of events whose consequences will endure long after they happen. Whether they are related to resources, energy, ecology, food security or migration, the future enjoins the world to search for answers to the questions it raises. Distraught, unaware or skeptical, man yet only demonstrates a demure interest in those changes which will affect his future. At a loss in the face of challenges the future lays down for him, he is inclined to let fate decide. Overpopulation, famines, wars and shortages... Guided by fear rather than precaution, tempted by alarmist rhetoric more than prevention, he easily gives into a despairing outlook. Although determinist prophecies are becoming widespread, the future of the world remains nonetheless unwritten. In fact, it calls for immediate answers. Human development, climate change, resource scarcity, species extinction: from now on, the future does not allow us to remain passive. It would mean taking the risk that the worse possible future will be. At least, it is on such premise that the foresight research project "World's Futures" came to life in 2009, not as a prediction for what is to come, but to help understand the current changes, to enlighten the future with a reasoned light, and most of all to encourage debate and action. Without giving into idealism or blissful optimism, "World's Futures" builds on available knowledge to improve clear-sightedness. Without downplaying the world’s complexity, it reveals its intelligence and identifies where the future is being woven. Without indulging obscurantism, it detects conservatisms and steers clear of preconceived notions. To provide everyone with the choice of action, "World's Futures" indexes places, factors, actors and meaning of change. It identifies trends, constraints and innovations at work for the future. It sorts out certainties from potentials, and develops the possibilities. Methodologically interdisciplinary and intentionally educative, "World's Futures" stands out through creative visualizations and maps, and sketches out with a new stroke the world and its future. 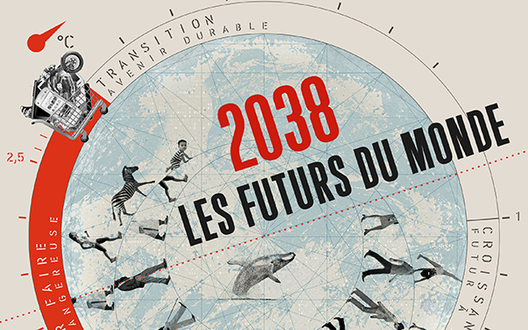