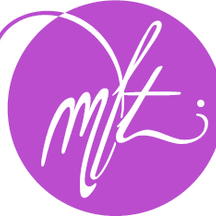 Les Muffatti came into being to satisfy the need felt by several young Brussels musicians — with an eye to performing Baroque orchestral repertoire — to establish a professional working environment where the basic pleasure of music-making, the refinement of skills, and the investigation of content could be equably combined. Their enthusiasm, application and idealism resonated with Baroque specialist Peter van Heyghen, who joined the ensemble as permanent coach and conductor. They presented their debut concert in Brussels in 2004, and have since performed in Belgium, The Netherlands, France, Germany, Italy and Portugal. They have appeared numerous times in the Concertgebouw in Bruges, at the Musica Sacra festival in Maastricht, and at the renowned Early Music festivals in Bruges and Utrecht. Between 2007 and 2009 they will be one of the ensembles in residence at the Augustinus Music Centre in Antwerpen. The ensemble's name refers to the cosmopolitan composer Georg Muffat (1653-1704), a key figure in the orchestra's history, and one of the first writers to describe in detail the great stylistic differences between French and Italian Baroque music. Les Muffatti's first recording was devoted to the works of this composer. The central element of Les Muffatti's performance practice is their permanent endeavour to perfect a musical approach grafted to the inherent theatricality so elemental to Baroque art. This goal — one reaching much further than simply the correct performance of a score — is based on the conviction that this highly affective and rhetorical form of communication is not only typical of the Baroque, but is essentially universal in character. A thorough knowledge of style, appropriate playing techniques and a carefully assembled instrumentarium allow Les Muffatti to continually entertain, move and convince modern audiences with historic repertoire.