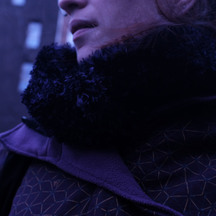 Auster Loo is a « world/jazz » duo, formed in January 2014 after a musical journey to Morocco. Simon Leleux - on Arab and Middle-East percussion - and Lydie Thonnard - on flutes - share a passion about rhythm and improvisation, and write a music that is strongly inspired by their discovery of and interactions with non-occidental music. Aside from the rhytmical research, they put a lot of meaning in the sound : how can one suggest, with their own instrument, other sounds and musical cultures ? Both acoustic and electric, Auster Loo’s sound leads the listener through space and time : from the Western to the Eastern world, from yesterday to tomorrow. Recently graduated, those two musicians have recorded in Delft in February 2014 and 2015 and have performed is various places like the Académie Franz Constant d’Auderghem in Brussels, the Théâtre en Île and the Blues Sphere in Liège, the Rotterdam Conservatory and many more. Their summer encounter with Sanjay and Malabika - from BrahmaKhyapa - got them to India in December 2015. This incredible journey gave birth to a fruitful collaboration, which you can already discover here : https://soundcloud.com/simon-leleux Their ongoing project is to have BrahmaKhyapa coming in Belgium in June 2016 and record their first album together. Malabika Brahma is the lead vocalist of Brahmakhyapa. She grew up singing Indian Classical Music and Rabindrasangeet. Her training in music continued but as she grew Up she became inclined towards rock n roll and blues music. It was only when she met her partner Sanjay Bhattacherjee who had already been the pioneer in baul fusion music in India that she discovered her interest in the Baul cult. Malabika’s unique and rare renditions of baul songs have made her a favorite of many great musicians across the globe. She also mastered in traditional Tamil songs along with North Indian Bhajan and dohas .She took Carnatik lessons from Prof. Suryanarayan Iyer and have been trained in baul cult by veteran Eminent Bauls like SadhanDas Bairagya, Gour khyapa, SubolDas Baul. Sanjay Bhattacherjee on the other hand had been the experimenting with Baul music since the 1990s. Both of them was influenced by the prevailing religious mood such as Vedic Hinduism the teachings of Shree Chaitanya Mahaprabhu, Nityananda, Kabir, A journey into the heart of these traditions provided them a first-hand view of the culture that lies beneath. For years they had been traveling all along Bengal in different festivals, Melas, Akharas, and Ashrams trying to study and understand the feel and flavor of the baul cult. Meanwhile Sanjay was also trying out different forms of music incorporating blues and rock in to the folk tunes of Bengal, which added a new dimension to the musical concept of Bengal in specific. A special mention about his solo project, Kolkata that was widely acclaimed and gained immense popularity in a short while maiden album, man tare is the only bangla singles sold in the post-record era. The former also fetched him some prestigious music awards in the year 2002. He restructured baul, bhatiyali and shyamasangeet into reggae and blues. Their only creed was to bring back the rich heritage of baul songs through his music, which again is fusing blues, rock or reggae with original baul lyrics. A daring approach no doubt, but then the bauls were different themselves, breaking all norms to form their own religion. Brahmakhyapa's music is a journey that speaks of human life Much like the baul does through his different philosophies Which govern the soul and the body. Brahmakhyapa has realized this through their experiences . A journey into the heart of these traditions provided them a first hand view of the culture that lies beneath. For years they have been traveling all along Bengal in different festivals, melas, akharas, ashrams trying to study and understand the feel and flavor of the songs. Brahmakhyapa believes that this music cannot be learnt without a guru since there is a deep philosophy hidden inside these songs which is allegorical. 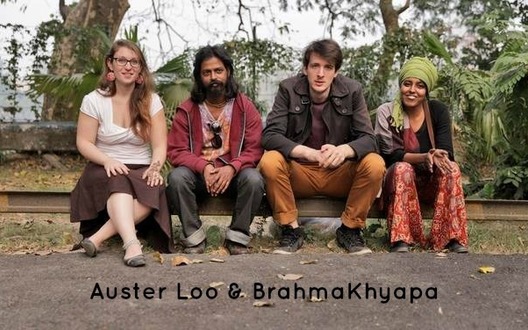