Born on June 19, 1963 in Jallieu (38) France Engaged in the Navy (1979-1983) Solo & team sea-Racing (1981 -2003) A student/disciple of Olivier de Kersauson, Didier Ragot and Eric Tabarly Assistant of Olivier de Kersauson Crewmember with Florence Arthaud, Philippe Jeantot, Michel Malinovsky, Pierre Felhman Co-skipper with Patrick Morvan Skipper monohull class 1 of the Route du Rhum 1998 and 2002. Made 2 World tours and 23 Atlantic crossings races including 7 solo. Hydro Aviation (2003 to date) "After my sea adventures, I targeted one of my childhood dreams: to fly in the footsteps of Mermoz, Saint-Exupéry seaplane. " Pilot License acquired in 2003. Purchase and reliability improvement of a ULM seaplane with the aim to achieve various challenges including: The crossing of the Mediterranean "in the footsteps of Roland Garros" The rally Toulouse / Saint Louis, Senegal, "the footsteps of Airmail (Aéropostale)" (Project endorsed by the assigns of Saint-Exupéry and sponsored by Marie-Vincente Latécoère) North Atlantic crossing nonstop to the United States via Greenland (2007) Instructor diploma and creation of a ULM seaplane flight school (labeled FFPLUM) (more than 2000 flight hours) 2013 Chairman & Founder of CALAMALO - Recreational and professional ULM Seaplanes Manufacturer With my various experiences from the different challenges, I decided to design a new ULM Seaplane able to meet the required specifications of a hostile environment usage. Pilots' expectations from different continents and the lack of adequate offer from the market for this type of device, requiring simplicity, robustness and performance motivated my approach and entrepreneurship. 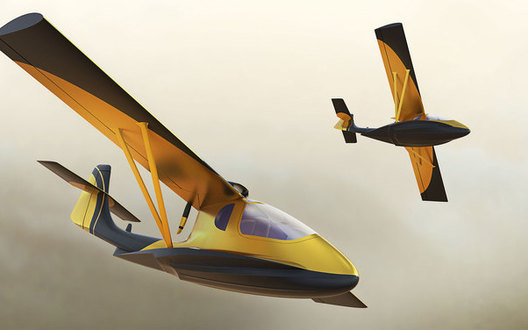