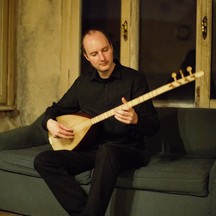 Benjamin and me devoted ourselves to anatolian music about twenty years ago. As many people asked us how german brothers could devote themselves to Anatolian music, we like to explain it a little more detailed: Since our childhood, we were surrounded by the musical activity of our parents. Attending many concerts and rehearsals of our father and his band, who played contemporary Folk and traditional Irish and Balkan Music as well as modal compositions, we assimilated modal music traditions and our listening habit was formed by it. We discovered traditional Turkish and Kurdish music coincidentally in some festivities of the early 90s and were deeply moved by its beauty and emotion. While I showed strong interest in rhythms and percussions (I played drums at that time) and also tried out instruments as zurna and mey, Benjamin was attracted by the sound of the bağlama and got a first instrument of this kind as a Christmas present in 1993 – along with the album TURQUIE, L'art vivant de Talip Özkan (Ocora France). Listening to this album, our first Turkish music-CD, we were overwhelmed with the lively, soloistic art of this master musician. Both of us fell in love with the bağlama and shared the instrument for some years, following lessons in Osnabrück and in Hamburg at the Alevi cultural centre. Our parents suggested us to save money and use it in a school vacation to take private lessons from Talip Özkan in Paris. Yet as the years passed, we spent it mostly on new instruments, but also to travel to Turkey and to explore the rural areas of Central and East Anatolia. In 2002 we learned that the Rotterdam Conservatory had established Turkish Music as a subject of the World Music Department and that Talip Özkan was one of the teachers. There we studied for one year and after the courses were suspended for an indefinite period in 2003, we went on studying with Talip Özkan privatly in Paris for five more years. Nilgün Aksoy was born and raised in Istanbul. She came to the Netherlands at the age of seventeen with her family. Listening to all varieties of Turkish music since she can remember, it was the voices of the old masters of regional music traditions that moved and influenced her most – so deeply that she later decided to study Turkish music at the Rotterdam Conservatory, where our paths crossed. Together with us, she continued her studies with Talip Özkan in Paris. Since 2008, the three of us live in Hamburg (Nilgün and me married) and founded a school for Anatolian music in 2010. With our teaching and giving concerts we seek to transmit – as much as we can – the beautiful tradition of Anatolian music. Seyir Muzik project is lead by: Tristan Driessens is a musicologist, ud player and founder of the Seyir Music Academy in Brussels. He was told the art of the ud by Necati Çelik. Then he rubbed shoulders with Kudsi Ergüner, Yurdal Tokcan and Naseer Shamma. Tristan Driessens has taken part in numerous projects as a musician (Balacordes, Nathan Daems Karsilama Quintet). He founded the Lâmekân Ensemble in 2011, which released two albums, and he is the artistic director of the Refugees for Refugees project. Emre Gültekin is a sound engineer and a saz player. He was born in Belgium, and learned very young music from his father the bard Lütfü Gültekin. At the same time, he developed his recording skills and produced numerous albums (notably the 8 CDs of the Muziekpublique label, Talipler, Gültekinler). He plays and sings with several projects, including Vardan Hovanissian & Emre Gültekin, Osuna and Guo Gan & Emre Gültekin. Isabelle de Spoelberch is a harp maker. She studied music instruments making at the Fachschule für Streich und Zupfinstrumentenbauand then went deeply in harp making with Franz Reschenhofer. In 2014, she opens her workshop in Brussels, where she makes harps and other instruments (viola d’amore, cello, ud). Hélène Sechehaye is a musicologist. She worked for two years as responsible for the music label at Muziekpublique and gained a great experience in album producing (Vardan Hovanissian & Emre Gültekin, Voxtra, Refugees for Refugees). Since 2016, has a grant from the Université Libre de Bruxelles for a PhD in ethnomusicology on Gnawa music in Brussels. Contact: Seyir Muzik seyirmuzik@gmail.com [Website to be created] Support us ! Your donations can be transfered on our bank account : BNP PARIBAS FORTIS Seyir Muzik BE58 0018 1740 9679 BIC GEBABEBB 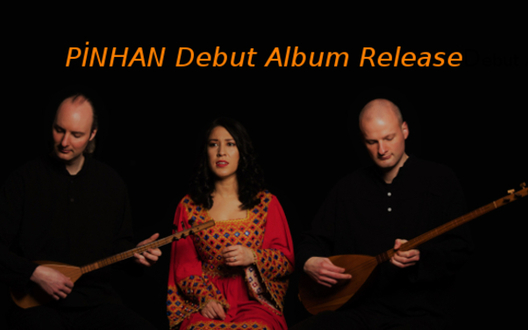