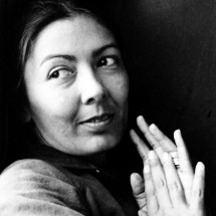 I am French-Cambodian and I live in Brussels, Belgium. I started training with the Royal Ballet of Cambodia in Phnom Penh at age 5. In 1975 I left Phnom Penh for Bangkok. At age 17 I graduated from the Conservatoire National de Danse in Avignon (France). In New York, I performed with the Elisa Monte Dance Company (1989 to 1994) and with Baryshnikov’s White Oak Dance Project (1994 to 2001), appearing in works by Taylor, Cunningham,Trisha Brown, Deborah Hay, David Gordon, Mark Morris, Lucinda Childs , John Jasperse, Meg Stuart among many others. I also appeared in Martha Clarke’s operas "Orféo" and "Marco Polo", in Joachim Schloemer’s opera "La guerra d'Amore" and in "The day I go to the body" a piece created specifically for the Salzburg festival in 2002. I am currently a Raindear, a member of Yvonne Rainer’s informal company. In 2009 I received a grant from Asian Cultural Council to develop Khmeropédies, a project started in 2007 which aims to inspire young cambodian choreographers to question and re-think their cultural heritage in dance, to keep the tradition alive and evolving. Khmeropedies took the form of a dance in three parts. It was presented at the New Haven’s Festival of Arts and Ideas in 2010, the Spoleto festival in 2011, at the Guggenheim Arts and Process in 2013 and toured Singapore, Hong Kong, Amsterdam and New Delhi