I started circus at the age of 16 when i attended the Circus High School in Stockholm. After that, i continued to preparatory school AFUK in Copenhagen before i finally went to The Netherlands to study for a Bachelor degree at Academy for Circus and Performance Art in Fontys Hogeschool voor de Kunsten. Since i graduated I´ve been working in social project for Stockholms Stadsmission( Stockholm City mission) while continued my training. Ive also gone on a tour to Greece with Clowns Without Borders Sweden, and I have another one planned in November. Except for that I am also in a emerging circus company Kameloso together with six other colleagues, so far we have had two creations this year, i Paris. 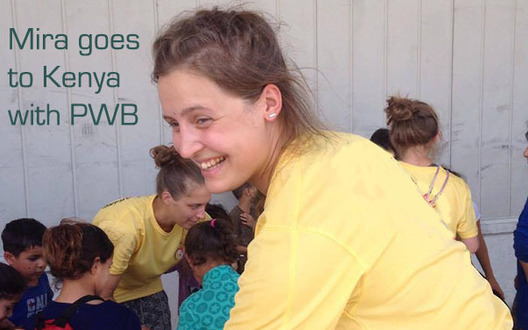 Mira to Kenya with PWB