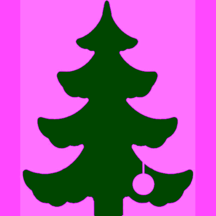 O Tannenbaum closed it's doors on June 12 2015 on the Sonnenallee 27. The search for a new place took a bit more than half a year, but now we're very happy to announce we're going to open a new OTB this summer on The Karl Marx Strasse 28. That is basically just around the corner of the old one. (OTB #2) Most of you already know kinda what we did the last 8/9 years, but for those who don't: O Tannenbaum started 8,5 years ago in the Pfügerstrasse 79 as a small project space that was open twice a week for concerts, films and art and food events. The first year saw DJ's, acts and bands like the Titmachine, Asmus Tietchens, Heatsick, Candie Hank, Ondula, Lem, Harry Merry, Ruben Patino, Dan Bodan, Joke Lanz, Mark Boombastik, Gelbart, Chris Imler, Diskono Records, Insultor, Tape Man, Fyoelk, Seiji Morimoto, Wolfgang Müller, Özlem Altin and many more. We did film night as well, performances, readings, and a lot of weird stuff that doesn't have a name. We then had a year without a space, but continued to organize events on location with for example (my personal highlight): 'Night of the Clowns' (OTB organized one day/night at a week long art festival, in which we made the dress code for the event to be 'Clown', in cooperation with Ada van Hoorebeke). We worked some years with CTM where we among other things organized a night at the Maria with Princess Dragonmon, Blectum from Blechdom, Kornreiniger and more) and in Holland, for example a night at the Two Days Art festival in The Hague. The Second Tannenbaum on the Sonnenallee 27 was a pretty amazing experience with loads of amazing visitors of whom many became friends, we had dance nights, films, concerts, karaoke, special food nights, a superdelux bartender team, and god knows what else. Oh, actually, Belgian beer. Some highlights/bands/events/DJ's/ places/people we worked with were: Meeuw (responsible for our Tannenbaum Wallpaper and most of our posters and flyers), Metal Karaoke Night & Harry Merry, Ali Altin & Jochen Goerlach (Aktfotografie in the back of the OTB) JD Emmanuel, Zea (the Ex), Dolphins into the Future, Ada Hoorebeke and Ollie Schrauen, The Pitch, Konzert Minimal, Harmony Molina, Humus Face off (Humus Battle), Video Cocktail Nights, (video's, live concerts and cocktails), Pizza Suicide TV, Blue Stork, Container, Novoline, Sameheads, Oscar der Winzige, Constant Dullaart (early computing), Dracula Lewis, Part Wild Horse's Mane On Both Sides, Bram Stadhouders, Jimmy Jib, Jassem Hindi, Justice Yeldham, Markus Stein, Ben Butler & Mousepad, Kim Laughs, Butchers Tears, Jaakko Eino Kaleviotb, Mat Pogo, Chris and Matt, Florinn, Unit Moebius, N.M.O.,Loophole, Acud Macht Neu, Raum 18, Bei Ruth, Bartleby, Lucretia Dalt, Eva Streit (screen printing) and many many more, too much to name them all here! In the meantime we did a festival in Fort Gorgast the last two years called Das Große Tannenbaum Waldfest, a smaller outdoor party, a first Wave House Tech Night at Acud, and now, we're up for part three, or 5, or 6, depends on what you count, which will be a brand new OTB on the Karl Marx Straße. We will continue with our philosophy, which is include, not exclude, good vibes & people. Hope you can contribute! & Hope to see you soon! 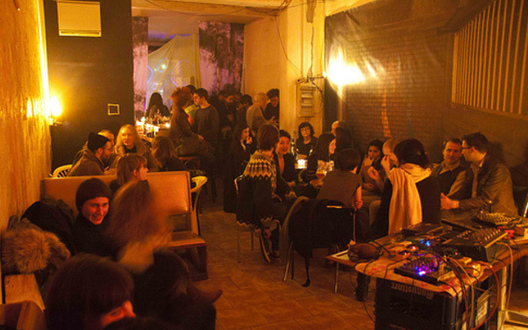