Activists on the musical web since 1996, Djouls & Grant Phabao launched, in 2005 and with the help of former Radio Nova music director (1987-1997) Loik Dury, the ParisDJs.com website. 10 years later, Paris DJs has become a core institution of that same musical web. A genuine alternative media of music you don't hear on the radio, the site offers news, portraits, interviews, commented discographies, free singles and exclusives mixes. Those mixes have been greatly responsible for Paris DJs' notoriety, with their original artwork, detailed tracklisting and professional mastering. More than 450 mixes have been published up until now, generating more than 5 millions of downloads, without any form of promotion, only through word-of-mouth! The remixes from multi-instrumentalist/producer Grant Phabao have also been going all around the world, with nearly a million downloads of reggae reworks of George Clinton, The Herbaliser, Erykah Badu, Q-Tip and many others, AC/DC included! In 2012 the media website became a label, and started releasing a new single, album or compilation every week, for a whole year. Djouls & Loik are in charge of the artistic direction, famous Fench illustrator Ben Hito takes care of the graphic direction and Grant Phabao is the one dealing with the audio production process. Since then Paris DJs has released 4 roots reggae albums with Jamaican legends from Studio One (The Lone Ranger, Carlton Livingston, The Jays and The Silvertones), 5 afrofunk & tropical grooves compilations with artists from the whole wide world ("Dis is good for you", "We are the fire inside your mind", "Rise of the troubadour warriors"; "Have you ever been to electric afroland?" and "A house divided against itself cannot stand"), 2 hip hop compilations ("Take the chains off your brains" et "Spirituality & the supernatural"), 1 reggae compilation ("Dis is reggae soul"), 3 funk compilations ("Killas, thrillas & chillas", "Massive hits" and "Heavyweigt gambit") et more than 50 singles. Many confirmed artists participate in the project: Shawn Lee, Jungle Fire, Horace Andy, Franck Biyong, Afrodyete (The Breakestra), Doctor L, Lee Fields, Adrian Quesada (The Echocentrics, Brownout), Ocote Soul Sounds, Mop Mop, The Grits, Goat, Jungle By Night, The Grits, Brownout, Bio Ritmo, Monophonics, Todd Simon's Ethio-Cali Ensemble, The Funk Ark, The Herbaliser, Radio Citizen, musicians from Antibalas, from Fela's Egypt 80, from The Poets Of Rhythm, from The Souljazz Orchestra …. just to name a few. All those releases are available on http://parisdjs.bandcamp.com 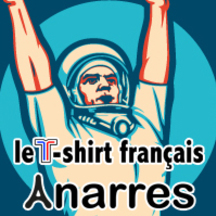